What are the different types of hard drives

Storage of information mankind has invented many different ways. One of them is the device – HDD or "hard disk". On his plate is able to fit a lot of knowledge of mankind. However, it was not always so. 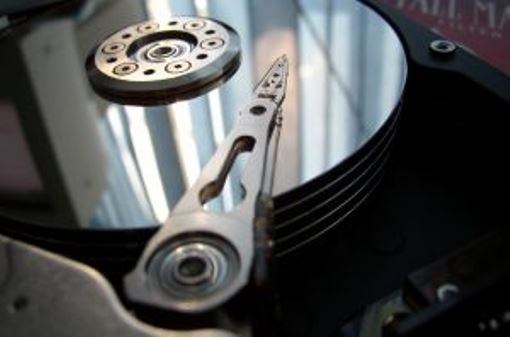 Related articles:
In far fiftieth years of the last century, and more precisely in 1956, IBM created the great-great-great-grandfather of modern repositories of information. Weighed this miracle a little more than a ton (!) and had a capacity of only 5 Megabytes of data. This "box" can be lifted only by forklift.

As time went by, miniaturization replaced megalomania. And now a small "box" weighing a few hundred grams or less safely accommodated in your system units, laptops, tablets and even phones, and more recently and in hours. It is believed that if the aircraft were developed as rapidly as computers today, each could have a private jet at a price not more than the car. But back to the "hardware".

Miniaturization has allowed to create devices that fit in a matchbox and it has a fantastic storage capacity.

- 3.5 inch – the most common variant, a resident of almost every desktop PC;
- 2.5 inch brother in the information part, but for laptops;
- 1-1. 5 inch is usually used for smartphones, MP3 players and similar devices.

But even in spite of the size, today, 1-inch "baby" capable of storing hundreds of tracks of music and movies.

If opening the system unit, you will find at all those connectors that were expected, with good reason. Each controller has its own peculiarities.

Vary the winchesters and the connection method and the principle of work:

- IDE – the most common once the disk controller. Now it is not so often used. He helped to develop the disc rotation speed to 7.5 thousand revolutions a minute, which gave a good performance.
SATA (I, II, III) – the next generation after IDE. With the best speed of rotation of 10 thousand rpm.
- SCSI has always stood somewhat apart, because for ordinary mortals were not available. Was different read speeds (up to 15 thousand rpm), so it was used and is still used where you need a special performance.
- SDD is the hard drive controller, designed on the principle of flash memory. No moving parts, everything inside is replaced by electronic components. Due to what it offers highest MTBF (1 million hours) and reading. Today, however, they are still expensive. As an alternative – a hybrid variant with flash memory and a mechanical part.

You can specify another symptom of Winchester – a way of placing it. There are internal and external models.

Internal safely housed in the system unit, laptop, smartphone, and their work is only visible by the flashing of lights outside.

External hard drives is a small box with cords. Plug into a USB port and work fine. If you take this box and disassemble it, then the light will be all the same usual 2-5 or 3-5 inch HDD or SDD.

Progress has one very useful property. It is not in place. Already developed methods of storing information using lasers, crystals, holographic images. They try different materials, created an innovative device. Perhaps in a short time familiar to us hard drives will give way to the miracle come to us from the pages of books in the genre of Sci-Fi.
Is the advice useful?
See also
Присоединяйтесь к нам
New advices