How many children in Nikita Mikhalkov

Nikita Mikhalkov is a famous Soviet and Russian film Director, actor, producer and screenwriter, is the title of people's artist of the RSFSR and the Chairman of the Union of cinematographers of Russia. 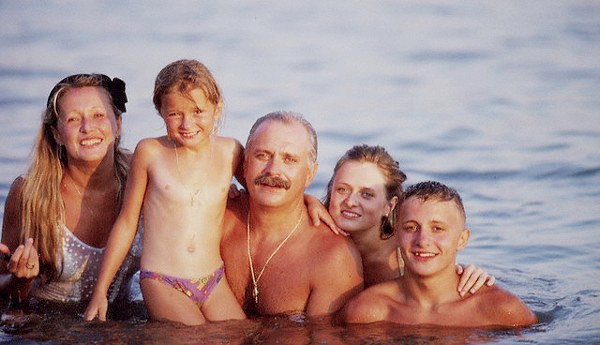 Children from his first marriage

Mikhalkov was married 2 times, first wife of the producer was actress Anastasia Vertinskaya in the marriage, they lived only 4 years. In 1966 they had a son named Stepan.

Stepan Nikitich Mikhalkov – restaurateur, entrepreneur, producer and bit actor, starring in the early ' 90s in two little-known films "Hitchhiking" and "Shooting angels", he was born 1966. In 1991, together with another offspring of a famous person Fedor Bondarchuk, founded one of the first studios that are professionally engaged in the creation of commercials and music videos. A producer of the film "In motion" and "9 Rota". In 2001, together with the famous restaurateur Arkadiy Novikov and all with the same novel opened my first restaurant "Vanil", after which he engaged in the restaurant business seriously. Now owns 4 restaurants and chain bakeries business class "Bread & Co". Stepan Mikhalkov has three children from his first marriage: 2 boys and a girl.

With his first wife Anastasiya Vertinskaya Mikhalkov has kept good family relations, which they maintain until now.

Mikhalkov's children from his second marriage

Second wife of Nikita Mikhalkov became the model of the all-Union House of models Tatyana Shigaeva, who later became President of the Charity Fund "Russian Silhouette". With it the Director lives in marriage for over 40-years, during which time they have formed a strong family and born and raised three children: two girls, Anna and Hope, and the boy Artem and 6 grandchildren.

The eldest daughter Anna was born in 1974, graduated from VGIK, starred in many Russian movies and TV shows, is the leading children's transfer "good night kids". First time appeared on the screens in the artistic-documentary film "Anna from 6 to 18", which talked about her childhood and early adolescence and was taken by her father. His roles in movies filmed not her father continues to prove that she's an actress by vocation, and not to pull. Supports independent movies, many that mention it helped to shoot and generally be born, others played leading roles. Married to entrepreneur albert Bakov, with whom she had three children: 2 boys and 1 girl.

Son Artem Mikhalkov was born in 1975, graduated from the directing Department of VGIK, and then was shot, was shot himself, took part in different television projects and led a few is not particularly famous NTV and STS. Until March 2013 he was married to a journalist named Daria, which has a daughter Natalia.

Older children Mikhalkov Anna and Tom were born during the shooting of the film "home among strangers, a stranger among his own".

Nadezhda Mikhalkova is the youngest daughter of film Director, born in 1986. At the age of 8 years starred in his father's film "Burnt by the sun", which won the Oscar as best foreign film. In Burnt by the sun played almost itself – Nadia, the daughter of Colonel Kotov, played by Mikhalkov himself. In films to this day, while acting education there is no Hope, she studied at MGIMO journalist. Tried his hand in production and in the role of fashion designer clothes. As a producer he worked on the painting "Tell Leo," the designer staged a fashion show of clothing under the brand name "Nadine". Married to a film Director, screenwriter and producer Rezo Gigineishvili, from whom she had 2 children: daughter Nina and son Ivan. Not so long ago, of all things Hope and Rezo to their grandchildren when the goings were constantly under the supervision of relatives, moved to live in the family estate Mikhalkov, located near the town of Babayevo in the Vologda region.

It should be added also that the old Mikhalkov has real aristocratic roots in the distant XV century, as in it was talented and creative people, you can find out by looking at the genealogy of this family.
Is the advice useful?
Присоединяйтесь к нам
New advices