The most famous conjoined twins

Siamese twins is a unique biological phenomenon. Two persons, often having one body for two, can learn to live a full life and even to marry. 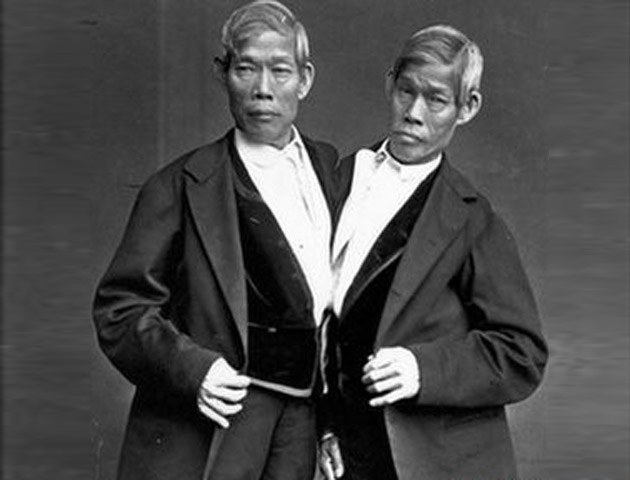 Where did the name "Siamese twins"

One of the first documented conjoined twins became brothers, eng and Chang Bunker. They were born in 1811 in Thailand, then called Siam. Hence the common name of all the twins of this type. The case of eng and Chang were not complicated - they have grown together just a small strip of skin at the chest level, but then the medicine questioned to their successful separation. By the way, at an early age they had almost died - the king of Siam considered unusual twins the harbinger of grief, and commanded them to execute, but then was replaced by anger at the mercy and allowed Angu and Chang to perform in the circus. At the end of his career, the twins took up farming and was even married.

Many conjoined twins were killed, as was believed, by the devil.


Sisters Blazek - the most beautiful twins

Sisters Rosa and Josepha blažek were born in 1878. Their mother was horrified by the unusual appearance of the girls and refused to feed them during the week. But the baby survived, and the parents decided to earn money with their help, by showing a curiosity in the circus. Growing up, the sisters were turned into attractive young women. They are beautifully dressed and doing fine hairstyles, learned to play the harp and violin and to dance with young people. The sisters had shared organs below the waist, but that didn't stop rose getting married and have a baby. In fact, the kid was a total baby sisters, and they cared for him in turn. There are even photos of Rosa and Josepha near the stroller.

But the story of Masha and Dasha Krivoshlyapova are not so rosy. They were born in 1950. Their mother, seeing the girls, damaged psyche, and his father abandoned the twins. His entire adult life Masha and Dasha lived in various boarding schools and homes for the disabled. Soviet scientists studied girls as experimental animals, making no attempt to separate them. Sisters have grown together in the pelvic area, they had three legs, one of which was later removed, but Masha and Dasha learned to walk on crutches. Krivoshlyapova lived on a small social benefit, because of despair Dasha addicted to alcoholism. In 2003, the sisters died of a heart attack.

Now, operations to separate twins have been successful in 65% of cases.

Abigail and Brittany Hensel - one body for two

Conjoined twins Abigail and Brittany completely merged bodies, but they have two necks and heads. These girls were born in 1990, and today feel great and are not going to split up. Despite the fact that each person only controls their half of the body, the twins alone walk, swim and even drive. They attended regular school, graduated and found a job. Aby Britti get along well with each other and build great plans for the future.
Is the advice useful?
Подписывайтесь на наш канал