What is a rollback?

Payback is a specific form of bribes widespread in Russia, but taking place in other countries. Is that a responsible representative of the customer gets a certain percentage of the order amount from the contractor or from the vendor because he chose that vendor or contractor. 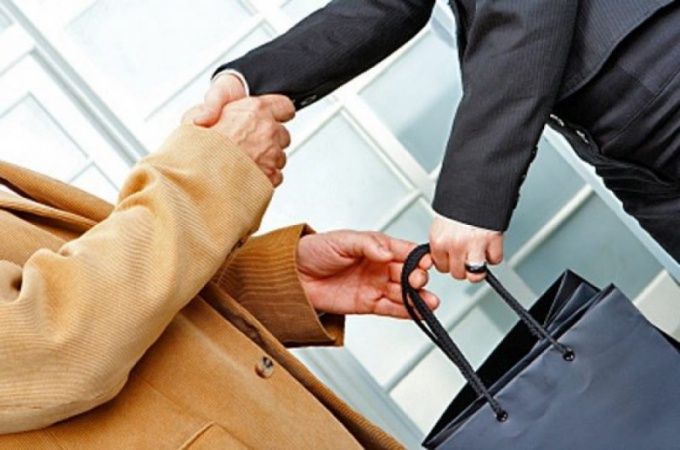 Related articles:
Rollback, as a bribe, circulated not only in Russia. Abroad similar technology called bribery, Kickback, and civilized option is called lobbying. In Hollywood in many cases, successful and profitable blockbusters on accounting and reporting recognized as unprofitable to avoid paying fees to those who agreed to work for a percentage of profits, not a percentage from the fees.

In the Soviet Union was the case when the organization is actually hired two bulldozers and three days dug a channel. And in the documents indicated that the channel is six months digging workers with shovels.


The dangers of rollback

Rollback, as well as any bribery, is a criminal offence and harms fair competition between businesses, makes doing business in the country and, ultimately, undermines the state's economy. Customers are spending unreasonably high amount for the supply of goods or execution of services, while buying lower quality goods and services. Kickbacks on public contracts is a direct theft from the state budget.

Bribery of officials and responsible persons for the end user leads to the fact that the unjustified rising prices or reduced quality of goods and services, passing on the kickbacks. A striking example – the construction of roads: the roads in Russia is much worse than the European, but the cost of construction and repair of the same. There is a perception that the crisis 2008-2010 in Russia occurred because of widespread kickbacks.

However, in conditions of widespread kickbacks, often giving bribe to the "right person" - the only way to sell a product or to accelerate the business processes.

According to the memoirs of the deputies in the 90-ies of the amount of the kickbacks in road construction has reached 80% of the contract amount. In Russia take bribes for 10 000 billion per year, despite the fact that the state budget – 15 000 billion.

Ways of implementing the rollback

The main method of concealing the kickbacks, front companies. Offer a firm engaged in intangible services such as legal advice. On account of this company to transfer money for unused services. The firm then closes. For "laundering" of pullback offers another firm providing any services the non-existent retail customers. This firm earns non-existent customers, the money then transferred to accounts in foreign banks.

For the regulatory bodies or the management of the company often do not check prices or calculate estimates. Or they get kickbacks. Even in cases where law enforcement agencies suspect official in a bribe, a complex scheme of obtaining the maximum rollback complicates the investigation.
Is the advice useful?
See also
Присоединяйтесь к нам
New advices