When to give baby vegetable and fruit purees

With the beginning of feeding families have many questions about what to feed your baby and at what age. Sometimes moms and dads are unsure when to give the child mashed fruits and vegetables. 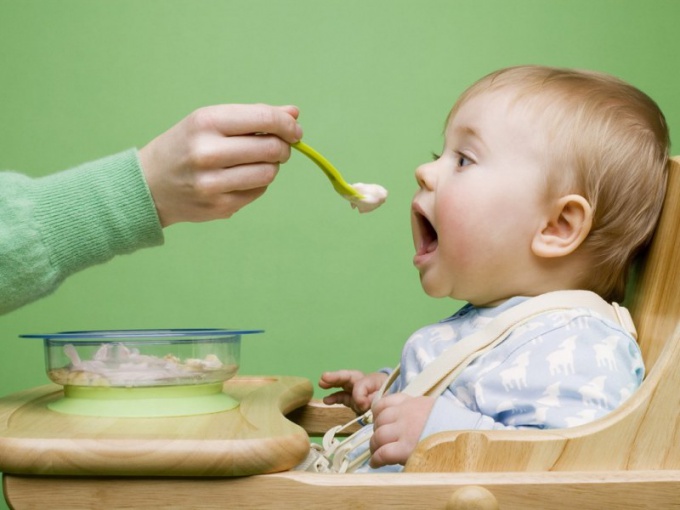 First solid foods: when to give the baby vegetable puree

Just a few decades ago, the first lure, which is recommended to begin the pediatricians were not vegetables. Familiarity with new flavors started out with juice, which gave almost after the first month of life. Today the point of view of doctors has changed and it is believed that breast milk or adapted formulas to fully provide all the needs of kid's body, which allows not to overload his digestive system concentrated juices. Because now the sauce is begun with vegetables, fruits or cereals.

Vegetable foods are recommended to those children who have no problems with weight gain, as with his lack of first menu add cereal. Vegetables should be given not before the child reaches 4 months, and for toddlers, breastfeeding, this period can be safely extended to six months. First choose the least allergenic vegetables, which include squash and broccoli or cauliflower.

We should not take all the recommendations on putting these or those vegetables just as best the needs of a baby can only know his mother and the doctor, whose opinion on complementary feeding based on knowledge of the characteristics of health.

When to give the child a fruit puree

In principle, initiate complementary feeding can and fruits. For this great apples and pears. But the difficulty lies in the fact that after the sweet taste of these fruits, not all children eat the neutral zucchini or cabbage. Regarding the timing of acquaintance with the fruits, they are similar to what is allotted to vegetables, that is, before the child reaches 4 months, you can not rush. And, unlike vegetables, fruits are given in much smaller quantities, because it is much easier to give them is not pure, and as a complement to other dishes, to cereals first, and then to the cream cheese.

For allergenic fruit type of citrus or red berries set still later date the introduction into the diet and up to six months to be in a hurry with them should not be, even if the child is prone to allergies.

Store-bought or homemade mashed potatoes: the advantages and disadvantages of

Many believe that the quality of mashed potatoes, prepared by his loving mother, can not be compared with the store, because no one knows what actually lies in the jars and how you've met all technology. But this is not true. The baby food production is tightly controlled and if you compare it with home, the latter may lead only in the case that is made from fruits grown in their own garden and cooked in the season of their growth. In winter even their own apples lose most of its properties, because the advantage is on the side of factory production.
Is the advice useful?
Подписывайтесь на наш канал