How to repair battery screwdriver

Tools are battery powered, have many advantages but they have disadvantages. The main drawback is the rapid wear of the batteries of the battery pack. This also applies to the screwdriver, the price of which more than half consists of the value of its battery. Therefore, when a rechargeable battery of the tool fails, it is cheaper and faster to restore them. 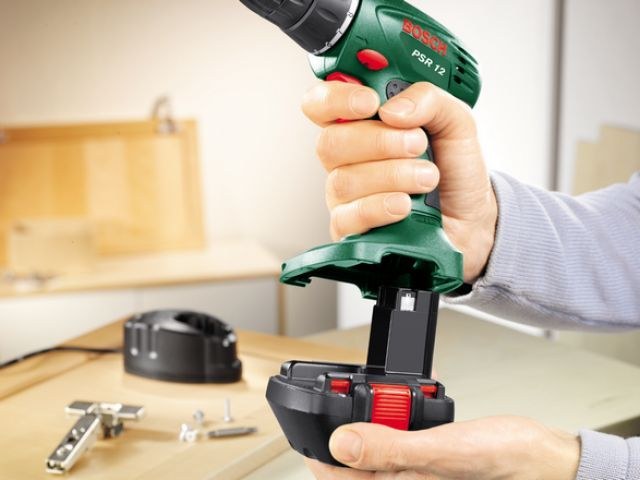 Related articles:
You will need
Instruction
1
Typically, a battery consists of multiple batteries that are joined using spot welding. Used in the battery Nickel-cadmium batteries, the capacity of which is 1300-2500 mAh, and their operating voltage is 1.2 V.
2
The positive aspect is that most often comes out of order, not the battery entirely, and the batteries. To detect the defective battery with a tester. To do this, measure the voltage on the element and the discharge current. Before testing the rechargeable battery need to charge.
3
When testing is not damaged element outputs a voltage equal to 1-1,2, the damaged well did not react. Thus checked all items and determined faulty. You can use a more accurate method. It will need a DMM, which sets the measurement mode in the range of 10 A. Then, the probe device short touch is applied to the battery terminals. If the battery is faulty, the value on the multimeter will be less than 2A, serviceable show about 8A.
4
After defective battery is found, it neatly separated from the work items. During its excavation it is desirable that the iron strips were left on the battery and not removed together with the faulty battery. Replace a faulty item, you can purchase a battery, or remove it from the other inoperative battery screwdriver. When buying, be aware that the battery is most often used Nickel-cadmium (Ni-Cd) and Nickel-metal hydride (Ni-Mh) batteries. The use of different types of batteries in one battery is not allowed. When installing batteries in the battery, you should check their polarity, and in some cases need to make some adjustments in the scheme of the connection elements.
5
The Assembly of the batteries in the factory occurs with spot welding. At home you can replace it with a powerful soldering gun 90 watts and a good flux. The soldering iron must have a large capacity, the battery cells are not damaged by prolonged heating, and therefore work on the soldering should take place as soon as possible.
6
After all work on the soldering will be finished all the elements are installed in the battery housing. Assembled battery is put on charge, it is necessary to monitor the temperature of its heating in the process of loading. Before you start to use a screwdriver, don't forget to fully charge restored the battery.
Note
Need to solder quickly so that the battery does not have time to heat up and, consequently, to deteriorate prematurely.
Useful advice
If possible, make the connection of the battery cells via the native plates.
Is the advice useful?
See also
Присоединяйтесь к нам
New advices