Youth comedies are a popular, albeit shallow genre, which easily meets the audience requirements, raising the spirits brand of American humor. All the people once were students, so it's good to remember school days, learning itself, in the characters of the Comedy of the school who fall in love, suffer and fall into a stupid situation. Your attention is invited to the rating of the most popular high school comedies. 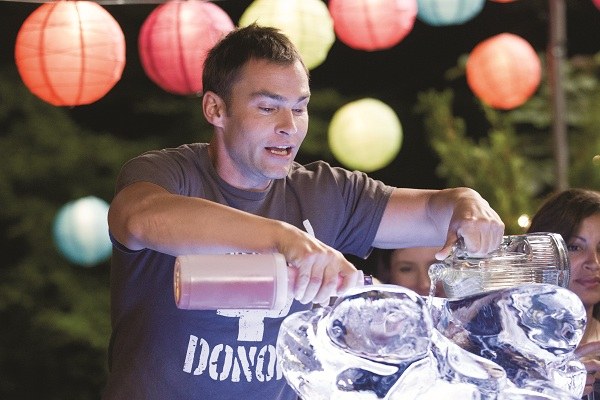 In the first place Top is deservedly popular American Comedy called "American pie" and its continuation. Four graduate dream to part with the boring of her virginity, building a variety of plans to get rid of it. After going through many trials, each of them gets their wish – the one with the mother of a classmate, the other with raskompleksovannymi mash, the third – a regular girl, a fourth with his romantic love.

Strangely enough, but "American pie" shows that virginity is best to lose it with a loved one.

The second place is the Comedy "Clueless", where young Alicia Silverstone played the schoolgirl from a wealthy family. Her character is the most popular girl of the school, which constantly cares about others – his own father, half-brother, the strange teachers and the new girl in class.

In third place is the Comedy "mean girls", starring roles in which performed Lindsay Lohan and Rachel McAdams. The girl who came from Africa, suddenly falls in love with a guy most popular girls in school, complicates her social life.

Fourth place belongs to Comedy "Boy girl". The film is about the school king and a gray mouse-nerd. By a strange circumstance they change bodies, resulting in not only solve their own problems, but also fall in love with each other.

In fifth place – "the Rebel", a Comedy about a gymnast-hooliganism, sent to re-education in an elite gymnastics school, where fighting the girl she re-educates her classmates and begins to understand what she wants from life.

In seventh place is conveniently located "Vegendary" - the three disciples, is not particularly popular in her school, trying to get to the party, where they can lose their virginity with hot girls. However, getting there is not easy...

The eighth place is occupied by the Comedy "Whip it!", removed drew Barrymore about the schoolgirl, keen competition in skating and falling into various ridiculous situations.

Drew personally starred in his film, brilliantly performed the role of team bouncers with a black eye.

In ninth place is the popular Comedy "17 again", where the weary life father suddenly wakes up seventeen young men, full of strength and energy. It helps him to solve many problems and significantly change my life.

Finally, tenth place is "Scott pilgrim vs. the world", a comic book combined with a video game in which Scott pilgrim conquers all evil ex-Boyfriends of his beloved.
Is the advice useful?
Подписывайтесь на наш канал