How to use Korean salt

Recently Korean spicy snacks and seasonings were so popular that they sell even in special sections of supermarkets, and the famous Korean carrot a Russian Housewives prepare themselves. If you are a fan of Oriental cuisine, you probably noticed that many simple dishes somehow seem especially tasty. It's all thanks to a special food additive the so-called "Korean salt." 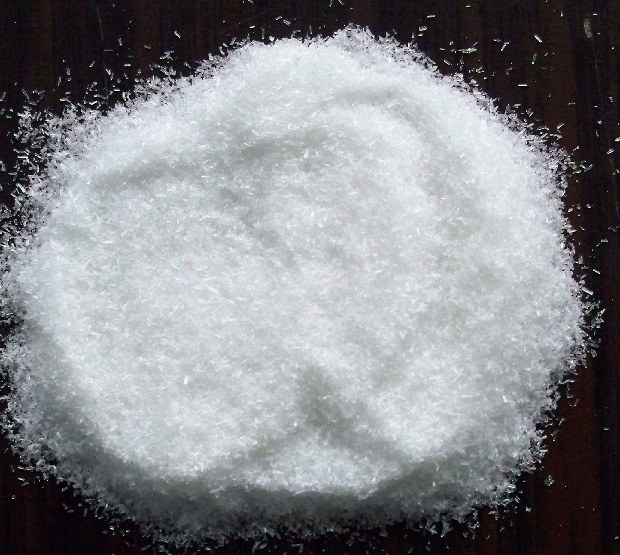 What is "Korean salt"

On the market, in a place where they sell Korean snacks and salads, you can see the bags with crystalline white powder, which in Latin is written "Agi-no-moto", this is the notorious "Korean salt", which is nothing more than a well known in Russia food additive E621, MSG or monosodium glutamate.

As a food seasoning that improves the taste of the food, the sodium salt of glutamic acid, was opened by a Japanese doctor Kokonoe Ikeda in 1907 during studies of taste seaweed – kelp, which is in Japan, Korea and the far East has long been eaten. Since monosodium glutamate has been used to enhance the taste and seasoning used to prepare many dishes in Japan, Korea, countries of South-East Asia. There's this spice is quite flattering epithets: "the essence of taste", "serum mind."

This is a dietary Supplement derived from natural products. In Korea and China it is produced and soybean in Russia – from the waste left after processing sugar beets.

Sometimes you can hear that monosodium glutamate is harmful and almost addictive, like a drug. It's not glutamic acid refers to amino acids in proteins and contains gray and white matter of the human brain, being an important member of the metabolic biochemical processes in the body. Preparations on the basis of its medical use for the treatment of diseases of the Central nervous system.

The use of "Korean salt" in cooking

If you've tried vegetables, just plucked from the garden, and compared their taste to those you buy in the store, you know the difference. It is because a lot of glutamic acid contained in fresh vegetables, but it quickly collapses when in storage. To bring the fresh taste of cucumber, or tomato, sprinkle them with a solution of monosodium glutamate.

Monosodium glutamate should be used in limited doses, strictly following the recipe of cooking to add it.

When added to the end of the cooking process ½ teaspoon to 2 litres of fish or meat broth, the taste is literally transformed, as well as the taste of any soup. "Ajinomoto" or "Korean salt" also can be put in various meat, fish and vegetable sauces. It is indispensable when preparing a mixture of spices that can be used as a seasoning to add to any dish, first or second, as well as in salads and dressings to them. You should not add it to dishes designed for children, it is enough that the amount of glutamic acid, which can be obtained with natural products.
Is the advice useful?
Подписывайтесь на наш канал