How to cook mushrooms butterflies

Since mid-summer and almost until late autumn, on the glades of mixed forests, birch groves and on roadsides fans of "quiet hunt" gather mushrooms butterflies, popularly referred to as white fungi (in the Volga region they are sometimes also referred to as Samara players). In food they are used only in a salt form, and some gourmets prefer them even mushrooms. Before cooking mushrooms butterflies, be sure to read the rules of pickling and then with recipes. 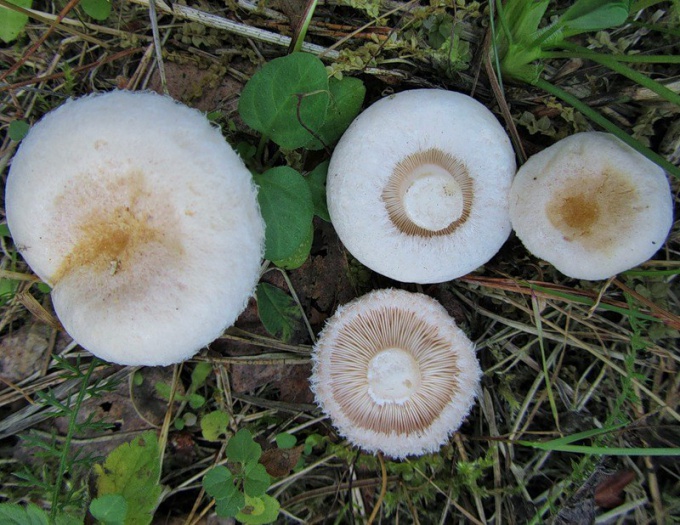 The rules of the salting of pierids

The rules of the salting of pierids similar to the rules of pickles like mushrooms – milk mushrooms, mushrooms, saffron milk caps, etc. However, the reminder of them will be superfluous, because we are talking about mushrooms the food, to the workpiece which should be treated very carefully to avoid cases of poisoning and dangerous diseases.

Rules are as follows:
- do not use for pickling legs;
- not to pickle overripe, flabby and not enough fresh mushrooms;
- carefully (so as not to break the fragile cap) and rinse thoroughly with butterflies under running water, removing dirt and debris;
- washed mushrooms soak for several hours in cold water.


Soaking of pierids is necessary in order to remove the peculiar strong smell and a sharp bitter taste, which gives the mushrooms a milky juice. Some Housewives additionally douse the mushrooms with boiling water.

When all the rules are followed and accurately completed, you can proceed directly to the salting of pierids. There are two ways – cold and hot.

Cold method of pickling of pierids

Attention! – soaking of pierids in preparation for salting cold, should be increased to 1-2 days, changing the water daily 2-3 times. Otherwise ready the mushroom will taste bitter.

Prepare spices. Garlic, divide into slices, peel and slice. The root of the horseradish wash, remove the peel thinly and also slice (lengthwise). Sweet pepper and fennel seeds can slightly mash these in a mortar to maximize their flavor. Mix all spices in a bowl together with salt.

At the bottom of the prepared containers (pots, tubs, jars) pour a little spicy-salty mixture and place the first row is prepared, i.e. washed and soaked, of pierids. Mushrooms put hats down. First sprinkle some salt with spices and place him in the second row, then third, fourth and all subsequent, not forgetting to intersperse layers of spicy-salty mixture. The last row cover with gauze, put a wooden circle and a weight (a stone, a jar of water, etc.). Place a container with mushrooms in a cool place. Butterflies will be ready in a month and a half.

It's a little difficult first, but after him, the mushrooms are strong, do not crumble, longer shelf life and there can be no fear. However, such a flavor as when cold salting, is not expected.

Washed and soaked white fill with a weak salt brine (50 g of salt per liter of water), place on high heat. When it boils, reduce heat to medium and cook 8-10 minutes, stirring occasionally and removing the foam. Boiled mushrooms thoroughly under running water and drain in a colander to drain the water. Then place them in the prepared dishes – a pot or jar, sprinkling the spices and herbs. Boil the brine at the rate of 200 of salt per 1 liter of water and pour white so that they were completely covered with brine. Saline therefore, the mushrooms are considered to be ready after 20-25 days.

And in conclusion. There is a belief that butterflies and mushrooms, mushrooms, volnushki, they do not require pickling in spices and aromatic herbs, which can shade, distort, or completely destroy their own taste of mushrooms. But as they say, it is a matter of individual food preferences, each solit white what he thinks is right, in accordance with his taste.
Is the advice useful?
See also
Подписывайтесь на наш канал