What is the difference between Furby

In 1998 in the toy market emerged a funny little Furby, he was able to sing, dance, speak and respond to touch. In those years he made a splash on the toy market. Since that time there have been several generations Furby. However, in 2012, there are new toys, able to speak the Russian language. Before buying a pet for their child, many parents naturally want to know what is the difference between Furby. 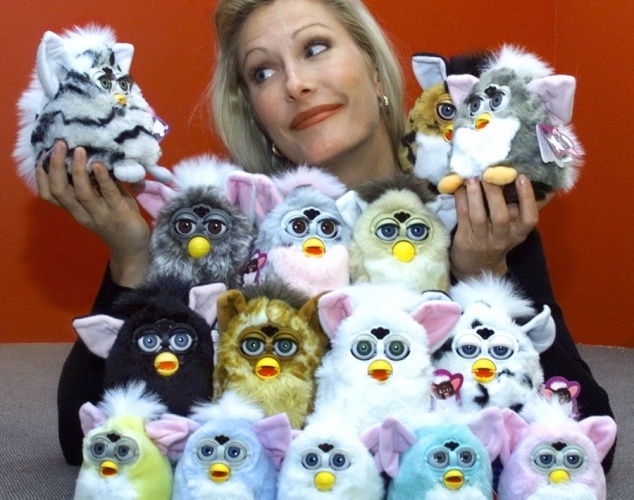 Related articles:
Furby new generation very different from their predecessors. They became fully interactive and able to learn. If talking with funny toy constantly, she will speak Russian phrases except those who already know in their native language – verbose.

The new Furby also change the character. The child's behavior depends on how it is treated. Good Furby becomes stroking, evil – turned over and twitching tail, crazy – from the frequent feedings, the star of the scene – the constant music listening.

Russian-speaking Furby different colors. There are so-called "cold wave" and "warm wave". Furby cold wave have colors: blue, black, white, and warm waves of red, purple, yellow. Also in stores you can find a Furby with a tuft. The color scheme of these toys are more diverse – they are presented as 12. However, all these modifications Furby is no different, except for color. Their characters, abilities and capabilities are the same.

In Russia you can buy Furby friends. This is a more budget version of the toy. It differs from an ordinary Furby that has only one character and can not change it throughout life. The new model is called the Party Rocker Furby (Furby Party Rocker) and it has four versions: Loveby, Scoffby, Fussby, Tvitby.

The manufacturer of Furby toy company hasbro, inspired by the significant increase in sales, decided to release in 2013, another new product on the market: Furblings (Play) and Furby Boom (Furby Boom). These animals snakes differ somewhat from the Russian-speaking models of Furby 2012.

Furby Boom – the third generation of a favorite of all kids toys. The main difference of this model is that toy when you purchase will be packaged in the egg of the same color that the baby Furby. It's not just a new original toy's packaging, and a sign that the Furby will be able to reproduce.

Real baby birth new Furby boom will not be able to, but a virtual baby on the screen of the mobile device with a special application – please. The maximum number of children that will be able to give birth to a Furby-mother – fifty. They both will be able to grow on the screen of the phone will have its own character and color coloring. With kids Furby you can play even in travel, when the toy will stay at home.

Kids Play will be similar to Tamagotchi. For them, it will be necessary to care for: feed, entertain, and improve health. They can even have their own names.

The app for the Furby Boom for good infant care also can earn virtual money – ferracci that you can spend on virtual accessories.

But what would have been different Russian-speaking Furby from each other, one thing is certain – they can become excellent buddies for a child for the rest of his life.
Is the advice useful?
See also
Присоединяйтесь к нам
New advices