What can he do Furby

The history of toys Furby began in 1998. Even then, the toy can laugh, tell a few funny phrases, to vibrate, to eat. In 2013, the market was a new batch of furry animals, talking in Russian, allowing fans of the toy in Russia has become much more. So what is able to do a Furby toy? 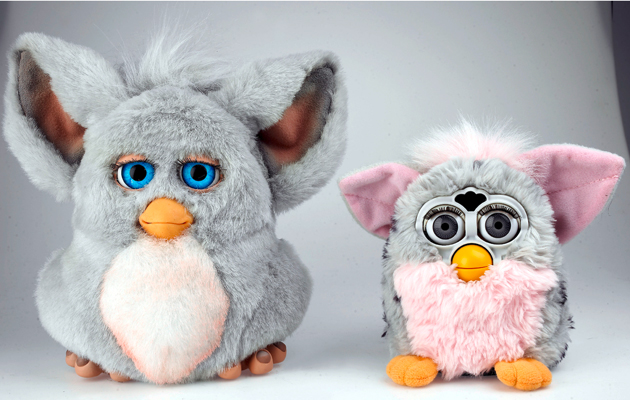 Related articles:
Under the fur a little Furby on the back, under the tail, on the belly and the head is equipped with special sensors that react to touch. If the pet toy tickle or pull the tail, it will immediately react with a funny sound, or even an entire phrase. This makes Furby look like a living pet.

Furby speaks the native forbescom language translator which is in the instructions for use of toys or in a special Appendix. Fluffy can learn a large number of new phrases in your language if it is active to talk, to show him cartoons and include songs.

Furby makes a variety of different actions. It reacts not only on the pats, but on words, music, noise. Toy Furby can sing and dance, to respond to the turning and falling, pull ears. You can feed Furby, stuffed it into his mouth thumb. However, he is quite precocial.

Interactive animal very emotional. To find out what mood is Furby, a small little screens in your eyes. They are circles, stars and hearts, when Furby is happy and in a good mood, and when he's angry – at the little screens you can see the flames and bombs.

To make the game more diverse with Furby using the app developed for ios and android. Thanks to him a toy is possible to feed several hundred different dishes, and entertain his musical moments, put to sleep, and much more.

If with the toy for a long time not to talk, then she falls asleep, informing his master about this sentence "my sleep", or "my bed", funny yawn, eyes closed and snoring.

Two Furby can communicate with each other, make friends and even fall in love.

And Ferb its owner can make unique thanks to the ability of the toy to constantly learn. Furby runs on batteries, but has no buttons on and off, so even when you change batteries, it will save your temper and will remember everything he taught. If the owner wants to teach Furby from the beginning, its settings can be reset.

Thus, Febri knows how to make the life of its owner exciting and varied. This animal will never cease to be a true friend, always maintaining the conversation and responding to the communication.
Is the advice useful?
See also
Подписывайтесь на наш канал