Where to go in Moscow region

The rhythm of life in Moscow is so rapid that it is easy to get tired. However, very close to Moscow there are many wonderful and unique places to visit which will be interesting for both children and adults. A leisurely stroll, relax in silence, exciting excursions and even space simulators - all this can be found in the suburbs. 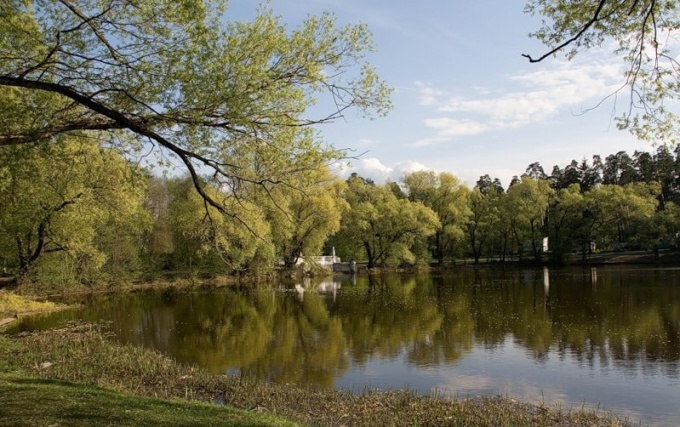 Related articles:
Instruction
1
Fans of military equipment are strongly recommended to visit the Museum T-34 tank. As you know, this is the best medium tank of the Second world war, and here you can learn about all the intricacies of its development and creation. The Museum is located in seventeen kilometers from Moscow in the village Sholokhovo.
2
Not far from Moscow, you can walk through Kratovo, there is absolutely incredible pine, of a height of a hundred meters, under the pine trees there are several pristine lakes with sandy beaches, and boat station. Nearby is a Small railway is a wonderful attraction for children, because here the functioning of the whole system provide the children. Kratovo is located about twenty kilometers from the MKAD, near the town of Zhukovsky. To reach here is very simple - electric trains of the Kazan direction.
3
Another great place for walking – Pushkino. This town has a Central Park with comfortable gazebos, developed infrastructure and beautiful landscapes. The Park regularly hosts cultural and sporting events. To get to Pushkino is possible along the Yaroslavl railroad.
4
On the Yaroslavl highway can be reached in the Trinity-Sergius Lava. Laurus is open for guests from early morning until nine in the evening, but on a tour you can only get pre-recorded, guided tours are held from nine in the morning until five in the evening. In addition to the stunning architecture of the monastery, on its territory there are two healing source. One is when Nakladeznoy the Chapel, the second in Malinniki. It is believed that these sources are associated with Sergius of Radonezh directly. Well, over which was later built nadkladeznaya chapel built, was dug in the fourteenth century.
5
Twenty-five kilometers from the MKAD on the Shchelkovo highway have turn into Star city. It remains closed, but the Museum space exploration accessible to everyone. Here's the detail of his wonderful spacecraft, show the detailed models of vehicles, the first rocket, the first remote flight control, space suits and other space-related things. In this Museum you can see the real simulators that prepare cosmonauts, the centrifuge, the hydro laboratory where the simulation in outer space, and much more. By the way, after passing the examination, these simulators can be tested, but only in soft mode.
Is the advice useful?
See also
Подписывайтесь на наш канал