How to extract mercury

In an ordinary medical thermometer is mercury in the fluorescent lamp it is. It is used in various fields of engineering, metallurgy and agriculture. To be useful, the metal undergoes a complex path from the earth to industrial manufacturers. 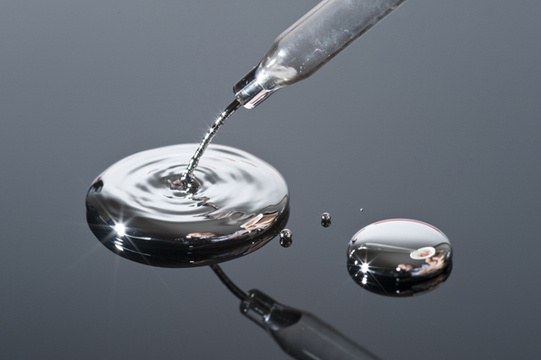 Related articles:
Instruction
1
Mercury ore, cinnabar, mined in the mines, conducting drilling or blasting. When you do this, use electrical equipment or explosives. The extracted material is transported from the mines on conveyor belts, trucks or trains to places further processing. There the ore is ground in one or more cone crushers. Milled ore is placed in a special mill for further grinding. The mill can be filled with short steel rods or steel balls for best effect.
2
Finely powdered substance is fed into the furnace for heating. Heat is provided by burning natural gas or other fuel in the lower part of the furnace. The heated cinnabar reacts with the oxygen in the air. The result is a sulphur dioxide, which allows the mercury to rise in the form of steam. This process is called roasting. Mercury vapors rise and exit the kiln along with the sulfur dioxide, water vapor and other combustion products. Also transferred a significant amount of fine dust from the powdered ore which is separated and collected.
3
From the furnace hot vapours enter the condenser with water cooling. When the couple is cooled, the mercury which has a boiling point 357оС first condenseries in liquid. The remaining gases and vapors produced or further processed in order to reduce air pollution.
4
Liquid mercury is collected. Because it has a very high specific gravity, any impurities tend to rise to the surface and form a dark film or foam. These impurities are removed by filtration, and the content of pure mercury in the obtained substance is 99.9%. Impurities are further treated to collect mercury, which may have formed compounds.
5
Received mercury useable, however, for some purposes it is necessary substance with a higher content of pure mercury. For this purpose, additional methods of purification. Among them, mechanical filtration, electrolytic process, the use of chemical substances. The most common method is triple distillation. The temperature of the liquid mercury is carefully raised until the impurities are separated or evaporated mercury. This process is carried out three times, each time increasing the purity of the substance.
Is the advice useful?
See also
Присоединяйтесь к нам
New advices