How to get magnesium

Magnesium is a fairly abundant element of the periodic system, he ranked 7th in the percentage of its content in the earth's crust. Salts of this metal are found in large quantity in seawater and sediments smooshing lakes as well as in the form of minerals and natural carbonates, which include dolomite, magnesite. You know there are more than 200 different natural compounds, containing magnesium, but as raw materials are usually used only some, such as magnesite, dolomite, carnallite. 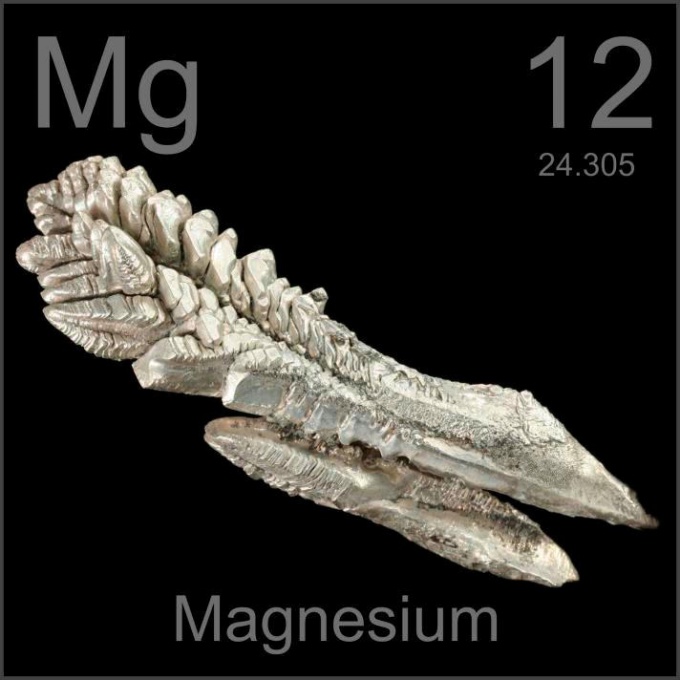 Related articles:
Instruction
1
Magnesium is a lightweight metal with a silvery-white color that burns flame bright white, highlighting significant amount of thermal energy. If the metal is placed in a container with moist chlorine - magnesium lights up at ambient temperature.The most common in nature, deposits of carbonate as dolomite, which was formed by sedimentary advantageous in the Precambrian period. In addition, deposits of dolomite are formed in areas of limestone rock interaction with hydrothermal solutions or groundwater. The largest deposits of magnesium salts in the territory of the United States, Russia, China.
2
The main method of producing pure magnesium production at the moment is electrolytic molten mixture of anhydrous magnesium chloride in the electrolysis bath, where the splitting of the salt of magnesium ions metal and chlorine. Through certain time periods of the bath taken down to the bare metal and add new raw material containing magnesium. At ispolzovani this method of production in the final product is formed quite a lot - a few tenths of a percent of impurities, therefore, additional purification of the obtained material is used, the method of electrolytic refining in vacuum conditions by means of specially introduced additives, which are known as fluxes. They absorb impurities, resulting in eventually a magnesium containing impurities not more than 0.0001%.
3
In addition, the magnesium in an industrial environment and get the thermal method, in which at high temperatures is the chemical reaction of magnesium oxide with coke or silicon, resulting from raw materials - dolomite without prior separation into its magnesium salts and calcium and additional cleanup is formed, the magnesium of high purity. In addition, a source of magnesium in this method extraction may be sea water.
Is the advice useful?
See also
Присоединяйтесь к нам
New advices