Starting today's review of the updated Lada Priora 2014 model year, I confess I was expecting the release of this car with great trepidation and impatience. I think many will agree with me that the Lada Priora in Russia is not just a car, and a milestone of the domestic automotive industry, a symbol of a certain age, if you like. 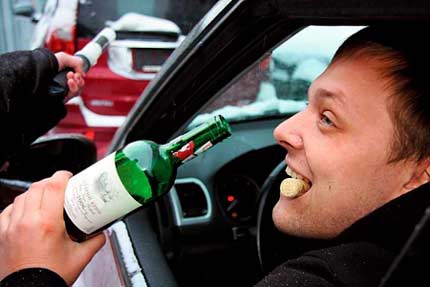 Related articles:
Instruction
1
So, let's begin! Marketers AVTOVAZ decided to introduce the updated car is a somewhat unusual way. On the promotion website priora.lada.ru they have placed a detailed details of all the changes, the basic specifications, pictures and car Configurator.

New Lada Priora was subjected to a minor “facelift” – from the changes in the eye catches a new radiator grille that received the large cell in the honeycomb.

The front headlights auto daytime running lights which will illuminate as soon as the driver turns the ignition key. Tail lights and brake lights got LEDs for versions sedan and hatchback.

The lower part of the rear bumper has been painted in black color. The factory says that it adds to the car's practicality.

Was strengthened body rigidity, and the body shell modified by the engineers of AVTOVAZ under the European safety standards.
2
But the most powerful changes have been made to the interior of the car with the previous Priori in the cabin You will find a little something in common! A completely new front panel, covered with soft-look plastic. Visually very similar to natural leather, and tactile level, there was quite good. Plastic is resistant to scratches and mechanical damage.

The door is reinforced bars.

Driver seat and front passenger got a more developed lateral support, the range of longitudinal adjustment has been increased by 20 mm, upgraded adjustment mechanism of the backrest of the front seats.
The car received a new scale devices – information to be read has become easier, thanks to two informative wells, the tachometer on the left and speedometer on the right.

Block media control now set the same as the updated Lada Kalina. It has tactile buttons, it is the music control and Bluetooth. A connector for the SD card.
Crowns the Central console, a large touch screen that allows you to listen to music, radio, watch videos and photos. In the future, promise to make support navigation.

Myself, I add the following Priora 2014 model year is definitely a vehicle that deserves attention, and undivided attention! I think it will appeal to many of our countrymen, the most various interests and ages.

Here such it turned out – new Lada Priora 2014 model year! Only the choice is yours!
Is the advice useful?
See also
Присоединяйтесь к нам
New advices