Which star is the brightest

The brightness of the stars as perceived by the human eyes, in astronomy, apparent magnitude is called the magnitude. There is also a parameter of the luminosity of a celestial body, the value of which does not depend on the distance between the observer and the star. 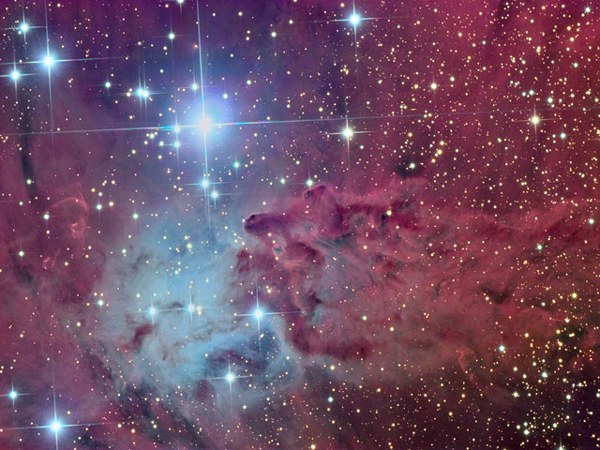 What determines the brightness of the stars

For the first time the stars the brightness began to distinguish in the II century BC the ancient Greek astronomer Hipparchus. He singled out 6-degree illumination and introduced the concept of magnitude. German astronomer Johann Bayer in the early seventeenth century introduced the symbol of the brightness of stars in constellations with Greek letters. The brightest to the human eye of the light received the name α such and such a constellation, β is the next in brightness, etc.

The hotter the star, the more light it emits.

The biggest luminosity have blue stars. Less bright white. The average value of the luminosity have yellow stars, and the dim are considered to be red giants. The luminosity of a celestial body is a fickle value. For example, in the chronicle, dated July 4, 1054, describes a star in the constellation Taurus, so bright that it was visible even during the day. Over time, the star began to fade, and after a year it was impossible to see with the naked eye.

Now in the constellation Taurus it is possible to observe the Crab nebula is the trace after the explosion of a supernova. In the centre of the nebula, astronomers have discovered the source of powerful radio emission of the pulsar. This is all that remains from a supernova explosion observed in 1054.

The brightest stars in the sky

Most bright stars in the Northern hemisphere can be seen in the constellation of Orion.

Sirius of the constellation Canis major is the brightest star seen from the Earth. It can be observed in the southern hemisphere. Sirius brighter than the Sun is only 22.5 times, but the distance to this star by cosmic standards small is 8.6 light years. Polar star in the constellation URSA Minor shines as 6000 Suns, but she is removed from us at 780 light years, so looks like the dimmer is close to Sirius.

In the constellation of Taurus is a star with an astronomical name UW AGR. It can be seen only through a telescope. It is a blue giant star is different density and a small spherical size. It shines in the 860,000 times brighter than the Sun. This is a unique heavenly body is considered to be the brightest object in the observable Universe.
Is the advice useful?
Присоединяйтесь к нам
New advices