Get rid of corrosion of metals: home methods

It would seem, what can be safer than metal, which has always been synonymous with strength, but he has an enemy – corrosion, able to transform sheet metal into a pile of rusty dust. In damp conditions rust will quickly spread across the surface of metal products and, if you do not take timely measures, makes it impossible to further use. To stop the destructive effect of corrosion is possible and home remedies. 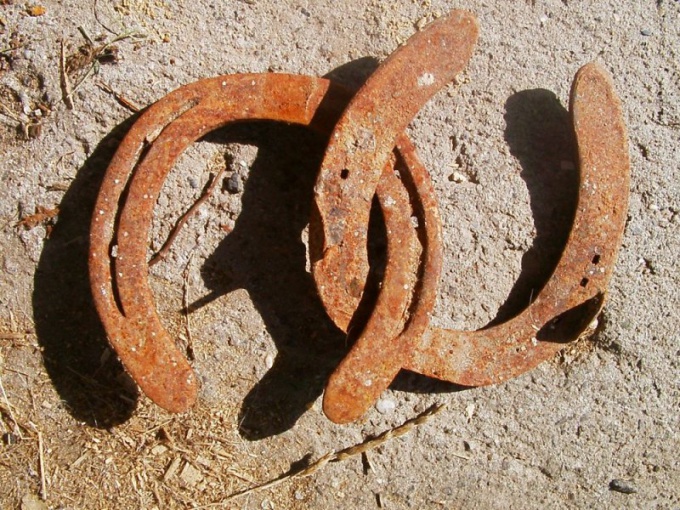 Corrosion is manifested in the form of rust damage to the surface, having a characteristic color. It is the result of oxidative processes in interaction with the oxygen molecules present in water. Iron is destroyed, and changes its chemical composition to decompose into oxide and Metagalaxy. Appeared on iron rust does not stop the process of destruction, it provokes and further destructive changes, which sooner or later become a cause of deformation and loss of its strength properties. Therefore, in some cases, instead of iron alloys it is advisable to use alloys of non-ferrous metals, even though they are more expensive. In atmospheric conditions, for example, copper products and its alloys are covered with a thin layer composed of corrosion products, but in this case, this oxide film becomes the protection from the external environment.

Experienced and zealous owners who had to deal with massive damage to metal structures of a private house, gate, fence or even window guards, saying that corrosion of metal is easier to prevent than then to get rid of it.

The easiest method to prevent corrosion of metal surfaces is their coloration. Such a preventive measure will not require large cash expenditures, but it is necessary to use a special paint and will make sure to provide good adhesion – adhesion of the dye layer with a smooth metal surface.

To do this, all old paint layers must be removed with a stiff wire brush or scraper, then sanding the surface with sandpaper or processing it with a grinding machine. Previously painted surface should be degreased with white spirit or solvent and cover it anticorrossive primer composition, suitable for the particular metal. Thereafter, the treated surface may be enamel or oil paint.

Painting of metal surfaces should be performed at a temperature from +5 to +35oC and relative humidity of 80%.

Choosing a colorful cover, pay attention to such characteristics as resistance to weathering and temperature, as well as anti-corrosion properties. When painting proceed carefully and thoroughly paint all the hard to reach places, using a special thin brush. If you manage to completely cover the treated metal surface with a protective layer of paint, the rust formed on it will not. But keep in mind that you should periodically check the integrity of the coating and, if necessary, to restore the protection.

How to remove rust from metal surface

Anti-corrosion compositions which can be used in the workplace and in everyday life, often contain water, concentrated sulfuric or hydrochloric acid and inhibitors of specific substances that do not allow the metal to react with acids. Therefore, to remove rust only solutions of acids impossible.

When working with acidic compounds take precautions, protect your eyes and skin from contact with them cleaning products.

At home to remove rust in several ways. Take 0.5 l of 5% strength hydrochloric acid or sulfuric acid, add 250 ml of urotropine and apply this mixture on the rusty metal surface, and then wipe it to complete disappearance of the rust. In this solution it is also possible to hold small metal parts exposed to corrosion.

A good result can be obtained using such a cleaning agent as a mixture of paraffin oil with lactic acid in a ratio of 2:1. Apply it on the surface, leave for half an hour, then remove the rust with a soft cloth to which apply a mineral oil.

Rust you can remove 20% solution of phosphoric acid, it should be sprayed on the affected surface and let it dry thoroughly, then wipe with a corrosive spot. Russian Housewives for the same purpose, use Coke, which has phosphoric acid. The order of action is the same.

When acid is unavailable, as is often the case in a domestic environment, try the following recipe. Mix half a Cup of 20% vinegar, a teaspoon with a slide of large salt and 2 tablespoons flour. Knead the batter, the consistency reminiscent of sour cream and apply it on the damaged surface of the metal. After 30-40 minutes remove the dough and repeat the procedure several times, until rust will not be over.

The easiest way to remove rust with baking soda and a stiff wire brush. But this method can be used only in the case when the metal surface is not afraid of scratches.
Is the advice useful?
See also
Подписывайтесь на наш канал