How to distinguish fake Ray-Ban

The legendary sunglasses Ray-Ban are very popular around the world. Unfortunately, this demand made the brand one of the most counterfeited. Therefore, in order not to doubt the authenticity of the product, you must know the criteria to distinguish genuine Ray-Ban from the fake ones. 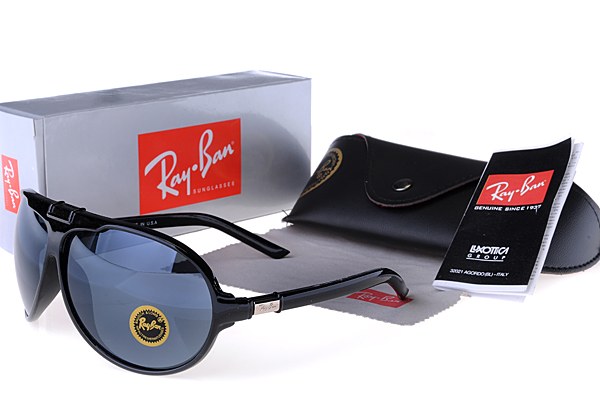 Related articles:
Instruction
1
Look at the packaging. It should be a gray cardboard box, in the center of which is placed a bright red logo Ray-Ban. At the end of the box with the original points should be a sticker with the factory marking: marking of the model points (e.g., 0RB3025 W3276 *58/135 3N), bar codes and the name of the manufacturer (Ray-Ban brand belongs to the Italian Luxottica Group S. p.A.). Model number on the packaging should be identical to the article written on the inside of the glasses temple. If the article on the inside of the headband is missing, you are holding a fake.
2
Examine the equipment. Original sunglasses Ray-Ban are provided with case, special cloth and instructions. Some models of glasses still attached and booklet. In addition, authentic sunglasses Ray-Ban different is laser engraved with the letters RB, which is located on the edge of the right lens. If the letters are painted, not engraved is fake.
3
UV protection - this is another symptom of the original glasses Ray-Ban. Due to the high quality and modern technology of manufacturing lenses genuine glasses can protect from UV radiation by almost 100%. And the so-called replicas, are made of conventional plastic, UV rays protected.
4
Original glasses Ray-Ban can have different types of lenses:
- polarized lenses that have the character "P" (from the English. "polarized" – polarized);
- patented lens G-15 or "lenses natural vision" (natural vision lenses);
- patented lens B-15.

Lenses these sunglasses from Ray-Ban can be green (grey), suitable for basic use, brown designed to be worn in poor light conditions, rose to improve contrast in foggy weather and orange (yellow), ideal for cloudy weather.
5
The cost of the original glasses Ray-Ban varies in the range of 6000-7000 rubles. So if you are offered significantly less than that amount, give up the purchase, most likely it is fake.
6
If you want to buy glasses online store and you will not be able to see points in person, to verify their authenticity can, drawing on stated on the model name sunglasses. If the glasses are original, the title is sure to be marked with model number and color, which are identical to the article on the official website of the brand Ray-Ban.
Note
Not to doubt the authenticity of the points, try to purchase them only from an authorized dealer.
Is the advice useful?
See also
Присоединяйтесь к нам
New advices