The types and causes of flatulence

Bloating (swelling of stomach) is characterized by increased accumulation of gases in the stomach or intestines. This is one of the most common unpleasant effects in the gastrointestinal tract. Flatulence may be sporadic, occur after eating, especially contributing to the emergence of gases, it can also be permanent. 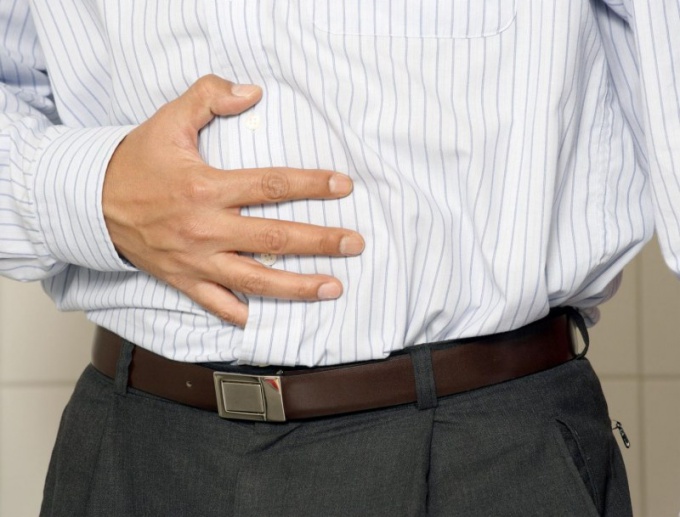 Flatulence is manifested by swelling, bloating, bouts of cramping pain. It may be accompanied by belching, nausea, loss of appetite, diarrhea or constipation, rumbling in the stomach, and abundant secretion of digestive gases. In some cases, there may be other symptoms are: irregular heartbeat, burning sensation in the heart, mood disorder, weakness, sleep disturbance.

You can select 2 options symptoms of flatulence. In the first case it is characterized by a significant increase in the abdomen due to bloating. Due to spasm the colon discharge gases takes place. The main feeling is pain, mild swelling of the abdomen, discomfort.

In the second case, there is a constant strong discharge of gas from the intestine. At the same time suffering from flatulence there are particular sounds and an unpleasant smell which greatly limits the stay in the community and quality of life of the sick. The pain expressed slightly more often have complaints rumbling in the abdomen, which is also a significant concern.

Causes and types of flatulence

The reasons because of which accumulates a large amount of gas in the gut, quite a lot. Flatulence can occur even in a newborn baby that occurs due to improper digestive and enzyme systems. Due to insufficient amount of enzymes food is not processed in full, the particles reach the lower divisions of the digestive tract. In the lower division does not have the necessary conditions for food processing and this leads to the intensification of processes of fermentation, putrefaction and gas formation.

There are foods that are gas-forming. This is legumes, soft drinks, lamb, as well as products in which occurs a fermentation process, for example, beer and kvass.

During the digestion of certain foods that contain high amounts of fiber, such as beans and peas begins to produce gas. If the process proceeds normally, the gases are recycled by microorganisms that exist in the microflora of the digestive system. If foodstuff is digested a lot, and need bacteria, there is little, there is flatulence.

Another cause of bloating can be the deterioration of the motor function of the gastrointestinal tract. Such often occurs after surgical operations. The stagnant mass of stool in the intestines contribute to the generation of gases because the process of decay.

Depending on the reasons distinguish following kinds of flatulence:

In the treatment of flatulence absorbing means are used: white clay, activated charcoal (in large doses), polifepan, POLYSORB, Dimethicone. These funds reduce intake of gases, toxins and other compounds and facilitate their excretion. Carminative effect for flatulence have infusions of fruits of coriander, cumin, fennel, dill, mint leaves, chamomile flowers.

With relative or absolute lack of secretion of enzymes worsens digestion. In case of insufficiency of intestinal and gastric glands, the pancreas as a means of substitution therapy are used: Pancreatin, pepsin, natural gastric juice, some combination of drugs.

Flatulence it is important to follow a special diet. First of all, you should eliminate from your diet foods that cause severe flatulence:

The basis of the diet diet for flatulence are:
- steamed, boiled, stewed or baked vegetables;
- eggs (except hard boiled);
fish;
- lean meat.

When the diet menu suffering from flatulence during the month should consist mainly of foods with high protein content. Dishes should be prepared from quality ingredients. To be eaten 4-5 times a day, and you want to avoid overeating. In the period of the diet recommended to drink plenty of liquids.
Is the advice useful?
See also
Подписывайтесь на наш канал