How to make a plane with your own hands

We've all made paper planes in my childhood. A few deft movements with paper and the airship is ready. Running a airplane in the sky, we followed his maneuvers in the air. Now a paper airplane few people can surprise, in its place came a plane from foam, enjoying great popularity. What is it and how to make it yourself, we tell you in this article. 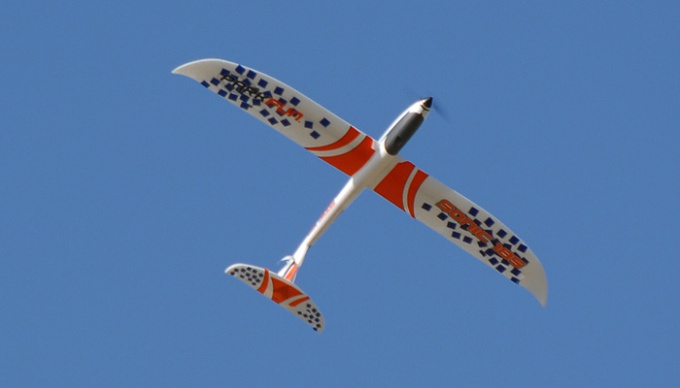 Related articles:
You will need
Instruction
1
Download online the drawing of the model airplane. Print the drawing, the sheets will be easier to glue together with tape. Then cut out the drawing template of your aircraft.
2
Trace the template on ceiling tile and cut parts of the aircraft. If the tiles crumble, leave 0.5 cm from the edge, making the stock.
3
Glue each piece to the hull of your future aircraft. For gluing we recommend to use the glue "Uranium", it does not weigh down ceiling tiles, and the seam becomes quite elastic and smooth. If the glue "Uranium" in the shop is not found, may use "Phoenix" in its characteristics it is analogous to the "Uranium, its only drawback is yellow seam on a white plane. But this is a question of aesthetics. After gluing the hull, we proceed to the wings.
4
Make the wings two layers of ceiling tiles, so they will be more durable and better to hold the plane in the air. Between them they must be glued with the same glue "Uranium" or using double-sided tape on the foam base. Such tape is well bonded to each other the details of the wing, but it does not give it additional weight.
5
Make the spar (beam) of the wing. It can be made from the segment of the line, small strips or bamboo, and some other sticks. This will give the wing strength. Longitudinal bore small holes along the wing of the aircraft.
6
Glue the spar to the bottom of the wing. It is better to use glue for ceiling tiles, for example "Titan". Similarly make second wing of the aircraft. When both wings are ready: the glue is dry, the spar is firmly glued into the wing, start attaching the wings to the fuselage.
7
Attach the wings to the body of the plane with glue "Uranium". Allow the glue time to grab interconnected parts. And in the words of Yuri Gagarin: "Go!". Tailwind for your plane!
Is the advice useful?
Подписывайтесь на наш канал