How to calculate date of birth

The birth of a child is perhaps the most important event in a woman's life. Childbirth require thorough preparation. By this time, the woman is simply obliged to be armed. But, unfortunately, it is impossible to determine exactly when a child is born, up to one day. When can you expect change? We will tell you about several ways to compute more or less accurate date of delivery. 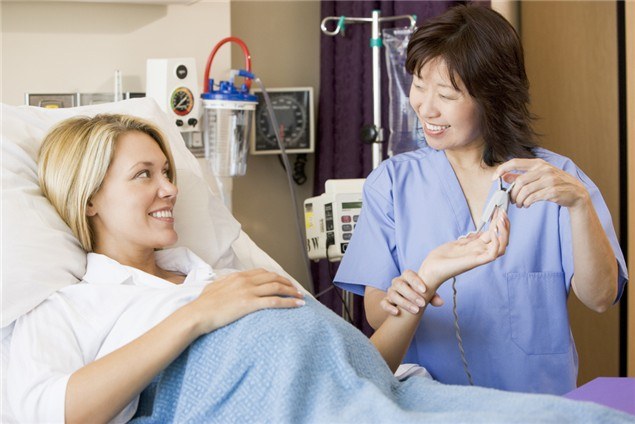 Related articles:
Instruction
1
The most common method to learn the date of birth (midwifery) has been passed from generation to generation since time immemorial. The fact that in ancient times the servants of Asclepius had no idea about ovulation, so the calculation was carried out, starting from the first day of the last menstrual period. Pregnancy, as such, this period is clearly no, but it has been estimated that the delivery is remote from this day exactly 280 days (40 weeks). This method of calculating the due date was at first accepted, and then firmly entrenched in obstetric practice.
2
The second popular method of determining the amount of time that will birth: the date of the first day of the last menstrual period, add seven days, and from the sequence number of month subtract three months. For example, the last menstruation began on 12 June (12.06.10). Then consider: 12+7=19. If Jun (6) to take three months, you get March (3). So, the expected due date – March 19 (19.03.11).
3
To more accurately determine the delivery date can be based on the date of ovulation - best time for conception. The lifespan of the egg one day, so the day after ovulation, conception will not occur. When the menstrual cycle lasts between 32 and 35 days, ovulation falls on day 16-18 at the start of menstruation. If the menstrual cycle lasts for 28 days, ovulation usually occurs on day 14. If the cycle is 21-24 days, ovulation falls on the 10-12 day.

Ovulation can be determined much more precisely, if systematically measure the basal temperature (in the rectum). It is recommended to measure in the morning at the same time, getting out of bed. A thermometer is introduced for 10 minutes into the rectum to 5 cm With a daily measurement graph of basal temperature not exceeding 37 degrees before ovulation, and rises after. Ovulation occurs the day before the temperature rise.
4
To determine the date of childbirth and in the first movement of the fetus. To the date of the first stirring is added 20 weeks (for nulliparous women) and 18 weeks (for potamonidae). But this method of calculating the date of birth is even more doubtful than the previous one. Some women begin to feel fetal movement much earlier than the set time (20 weeks) and others a little later. Actually it depends on the activity of the baby, locate it in the uterus, the level of sensitivity of the uterine walls, and some doctors say that very often, a woman confuses an ordinary gas with the first stirring of the fetus.
Note
Whichever way you calculated the due date, you should be aware that the results will still be very approximate. In the end, nature took three weeks, which may begin at birth. We are talking about the period of 38 to 41 weeks of pregnancy, counting from the last menstrual period.
Is the advice useful?
See also
Подписывайтесь на наш канал