How to cook soup of saury

Because of the diversity of fish soup from canned saury in oil the most simple and quick to prepare. For it will not need a lot of different and expensive ingredients. And to cook this easy and delicious soup even a beginner cook. Variants of this dish very much. 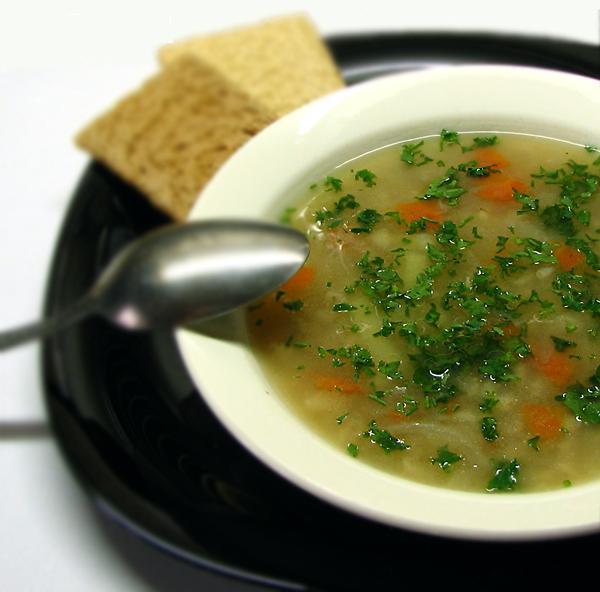 Related articles:
You will need
Instruction
1
Thoroughly rinse and clean potatoes, onions and carrots. Rinse the rice well under running water. Peeled potatoes cut into cubes and place in a pre-set on the fire a pot of water.
2
After the water boils, add potatoes to the rice. Stir, wait for re-boil water, stir again and reduce heat. Cover with a lid and leave to cook for 10-15 minutes, stirring occasionally.
3
Open the jar of fish. Remember canned saury with a fork or slice with a knife, so the pieces were small.
4
Onions finely shred and fry on slow fire until Golden brown.
5
Transfer the fish from the jar in the pot, better to do it with a spoon, so as not to obrashatsa boiling water. Add fried onions. Mix. Put salt and ground black pepper to taste. You can also add a Bay leaf and a few peas black pepper. Allow to boil for another 10-15 minutes until the rice is tender.
6
The dried herbs put in the soup for a few minutes until tender. Fresh herbs should be added to dishes before serving.
7
You can cook soup of saury and a little different.

Opening a jar of canned fish, drain it in a pot of boiling water. Salt the water and add the sliced potatoes.
8
After repeated boiling, add the chopped onions (not fried).
9
After 5 minutes throw in a handful of soup noodles. Depending on the speed of the cooking property of vermicelli cook for another few minutes.
10
Mash the pieces of saury, but not much. Add it to the soup along with the dried herbs, mix well. Turn off the stove and leave the pan on it for 3 minutes. Then the soup plate is removed, so that the noodles don't seethe.
Useful advice
If you don't like onions, the soup can be put in the whole head, and before the end of cooking take it out and throw it away. The taste of the dishes it will give a thing, and its not.

The rice in the soup can not add. Since rice gives satiety, without it the soup will be easier.

Lovers of vegetable soups this dish can enjoy it more, if instead of rice to the potatoes add the sliced celery and carrots. And with saury put the chopped fresh tomatoes.
Is the advice useful?
Присоединяйтесь к нам
New advices