How to draw a tiger face

Any children's party will be more fun if you invite children to paint the face with special paints. One of the most favorite themes of kids is the face of the tiger, because she is bright and catchy. 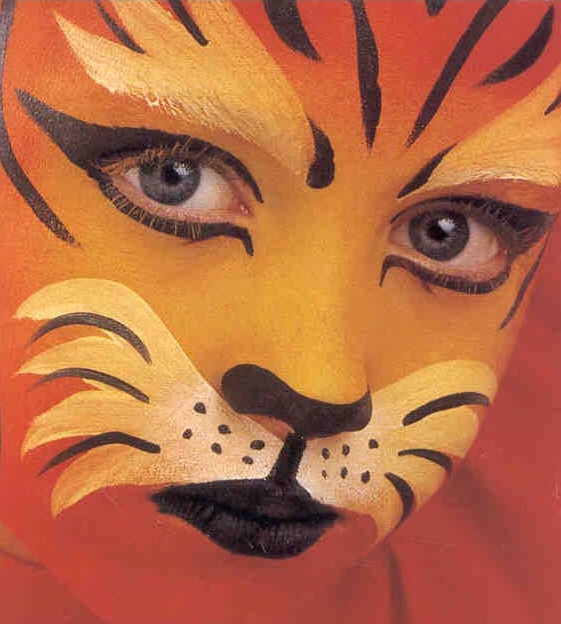 Related articles:
You will need
Instruction
1
Start with the nose and poggesi model. In all respects apply to these areas yellow paint. Blend it towards the cheeks. As you move to the ears, add to the sponge orange paint. The forehead cover the orange paint. Fill in all the chin. Apply to the area under the eyebrows yellow paint. Ask your model to close their eyes, relax your eyelids. Completely fill in eyebrows. Ensure that the transition from yellow in the center of the face to orange on the edges were not too sharp.
2
Draw the area of the face with white paint. Start from the vertical creases between the nose and lips. A firm but soft brush draw a line to the cheek, bringing the brush up onto the cheekbone. Expand the brush and draw a short line in the opposite direction. Make three more of these zig-zag element. The last stroke of the brush to get the nose exactly on the line of the upper lip. Paint the area white. Draw the other half of the faces on the other side. Try to keep the face symmetrical relative to the line of the nose.
3
Draw white stripes on the superciliary arches. Draw the eyebrows, lift up their end. Make two smears that emanate from the start point of the eyebrow. Lines should be wide in the middle and tapered off at the end. The white paint is no longer needed.
4
Take the black paint. Carefully separate the brush stroke, the tip of the nose, fill the lower part of it. Draw a vertical line along the crease between the lips and nose. Print a black line of your lips, completely fill them. On the white area of the faces under the nose, draw a point. Thin lines draw the antennae to the zigzag part of their face.
5
Draw a thin black line the lower lid Inner corner of the line down to the level of the nose. The upper eyelid draw in the style of 80-ies, not shading, having withdrawn arrow. Paint over the eyelid completely. Draw a symmetrical radiating lines on your forehead. Don't make them thick, so they do not "pressed" on the eyes. Along the temples also draw lines.
Useful advice
Use only special paints for painting on face and body.
Is the advice useful?
See also
Подписывайтесь на наш канал