How to determine the number of electrons in the atom

An atom consists of an extremely dense nucleus surrounded by an electronic "cloud". - Is negligible in comparison with the external dimensions of the cloud, and consists of protons and neutrons. Atom in the normal state is neutral, and electrons carry a negative charge. But the atom can also pull other electrons, or give away your. In this case, it will be negatively charged or positively charged ion. How to determine how many electrons contained in the atom? 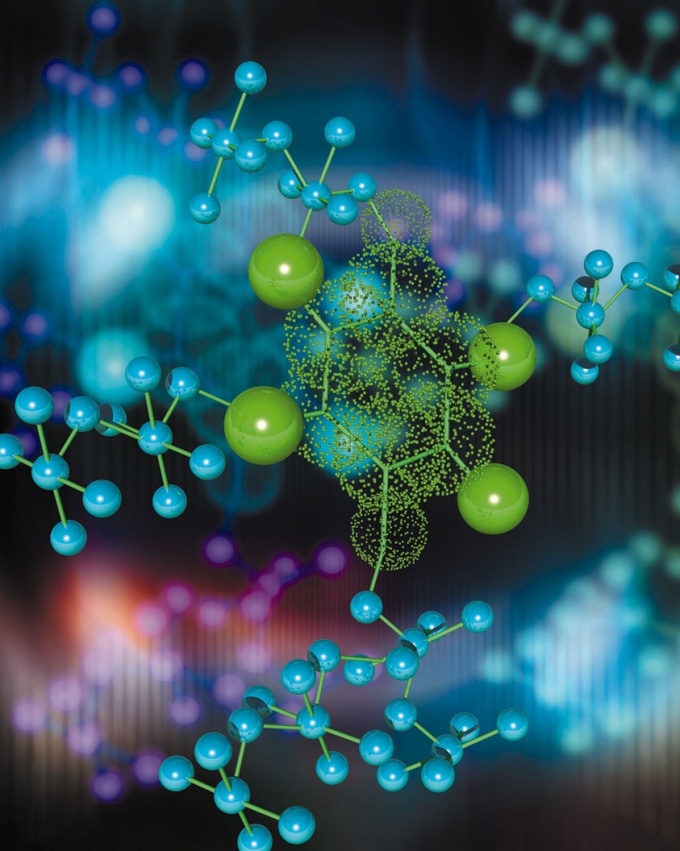 Related articles:
Instruction
1
First of all, you will come to the aid of the periodic table. Looking at her, you will see that each element has not only its own strictly defined place, but an individual serial number. For example, hydrogen it is equal to one, carbon – 6, gold – 79 and so on.
2
That is the sequence number describes the number of protons in the nucleus, that is, the positive charge of the nucleus of the atom. As the atom in the normal state is neutral, the positive charge must be balanced by a negative charge. Therefore, from hydrogen one electron, carbon, six electrons, gold has seventy – nine electrons.
3
But how to determine the number of electrons in the atom, if the atom, in turn, is part of a more complex molecule? For example, what is the number of electrons in the atoms of sodium and chlorine, if they form a molecule well known to all of you regular table salt?
4
And there's nothing difficult. Start with that, write a formula for this substance, it will be NaCl. From the formula you will see that a molecule of salt consists of two elements, namely the alkali metal sodium and the gas-halogen is chlorine. But this is not the neutral atoms of sodium and chlorine, and their ions. Chlorine, forming the ionic bond with sodium, thus "pulled" to one of its electrons, and sodium, respectively, it "gave".
5
Again, look at the periodic Table. You will see that sodium has a sequence number 11, chlorine is 17. Therefore, now the sodium ion will be 10 electrons, chlorine-ion – 18.
6
Acting according to the same algorithm, it is easy to determine the number of electrons in any chemical element, whether in the form of neutral atom or ion.
Useful advice
The proton is positively charged particles, neutrons do not carry any charge.
Is the advice useful?
See also
Подписывайтесь на наш канал