How to extend the life of batteries

On mizinchikov penlight and batteries often have to see the writing that they do not reload. The same mark is on a square battery, giving a voltage of 3.7 V or 4.5 V. This is not quite true. The battery completely fails in only two cases, if it was completely dried up electrolyte or destroyed one of the electrodes. In other cases the life of the batteries can be extended. 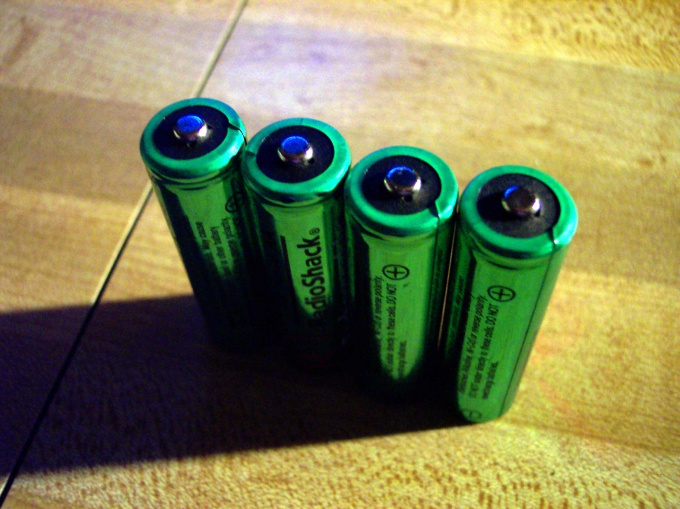 Related articles:
You will need
Instruction
1
If the batteries were, for example, in a digital camera and some point on the indicator there signal that they are exhausted, remove them and check for residual voltage. It can be zero. With such batteries to make anything fail. But if your device is fixed voltage, which may be up to 50% voltage of a fresh element, the battery may try to charge.
2
For charging, use standard charger for rechargeable batteries of the corresponding form factor. Charging should be carried out, controlling by hand the temperature of the battery and the shell of the charger. The battery may be warm to the touch, but should not be heated too much. Charging should not continue for more than two hours.
3
You need to remember that the batteries are so-called dry batteries. Boiling them in the electrolyte, which is in a viscous state, can lead to swelling of the element, and even his gap. So you are making a charge at your own risk. It can be carried out repeatedly, but every time the capacity of the element will fall by about half. So to charge it more than twice is impractical.
4
An important condition for the regeneration of dry cells is partial discharge during operation. You must also remember that a completely dry battery will not be recharged. So the battery will last longer if it is stored and operated at temperatures from +10 to +30°C or at temperatures corresponding certified value.
5
Sometimes you can crimp the housing with pliers or deform it in any other way. It helps, because it disturbs the oxide layer near the negative electrode. But such a deformed battery may not fit into its designated container of the device. In addition, it may cause leakage of electrolyte and damage to the device. This method was very effective for batteries that worked in the Soviet flashlights and portable tape recorders. The batteries then it was not always possible to buy, and containers of these devices were very large.
Note
Best lend themselves to regeneration alkrinawi the batteries with the markings LR. Cheap batteries voltage 1.2 V often have a negative electrode made in the form of a paper base coated with metal. These batteries are truly a one-off, and revive them can not even try.

Some batteries have a so-called "activated" negative electrode. That is, before Assembly, the surface of this electrode is processed with mercury. Charging of such batteries can be harmful to health because of mercury vapor into the air when heated. If the battery case is marked that it contains no mercury, can be recharged. In the absence of such markings from the experiments is better to abstain.
Useful advice
If the battery is out of their system due to the drying of the electrolyte, it is possible to make a puncture in its upper part and to introduce the salt solution. This restores the electrolyte. But this method is very time consuming.

If the battery stopped working in the great frost, this does not mean that she is dead. It may again begin to work if you're in heat.
Is the advice useful?
See also
Подписывайтесь на наш канал