How to draw a cartoon person

Drawing a friendly cartoon, funny family album or a newspaper, sometimes you need to add image funny men. Learn how to draw a cartoon based people and give them individual traits in its sole discretion. 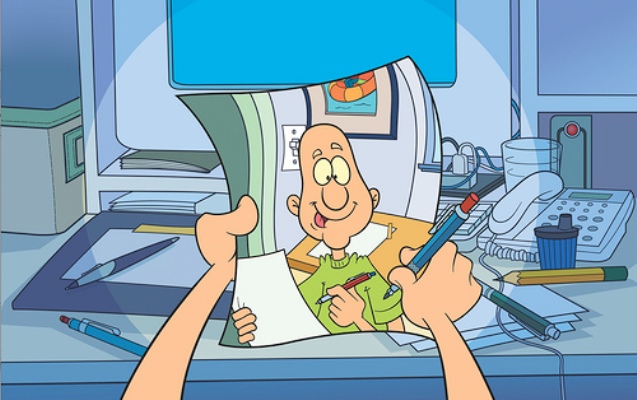 Related articles:
Instruction
1
Cartoon men tend to have exaggerated features. That is, they are drawn so specifically in order to highlight a certain quality of character. Thin and thick, tall and short, clever and kind, they clearly demonstrate their quality appearance. Think about what character you want to draw.
2
Learn how to draw a pair of cartoon characters having contrasting characteristics. Start drawing the opposite human figures on one sheet. Draw a full body of a small man, slowly removing the paper the outline of the eggs, turned up the sharp end. Do not pull the upper part of the figure, let the character will be almost the neck. Draw a small round head just above the "egg". Add her nose, "potatoes", a small shifty eyes – round or oblong, whatever you like.
3
Try to draw the figure in motion. Do not place hands and feet parallel to each other. Let your child is walking or running. Provide his funny shoes with square heel and round toe rough. Don't draw feet thick character, only slightly razdvoenie bottom "eggs".
4
The handle also draw a little pointing in different directions. Remember that cartoons usually have four fingers.
5
Draw a man in funny clothes. Let the fat pants are strung above the waist, the shirt will be bright, and the cap falls on his eyes. Optionally draw the character's hair or beard.
6
Next to a fat man draw skinny and lanky toon. Painted men seem ridiculous in contrasting pairs. Body high person make is like a pencil – long and "flat". Feet and hands take a long, like a hose. Play with proportions: let your arms are slightly shorter legs.
7
Facial features high person make the opposite face of the little man. If the first one had a nose "potato", the second reward long nose of a curious person. Draw him with big round eyes or glasses, curly hair and protruding ears. Think in what color clothing to dress the hero.
8
Having mastered the drawing figures and faces of different types, you will learn how to combine body parts and easy to draw any cartoon characters.
Is the advice useful?
Присоединяйтесь к нам
New advices