How to solve a system of three equations with three unknowns 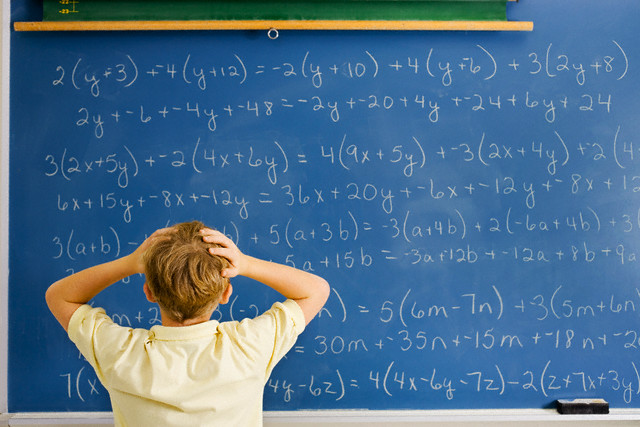 Related articles:
Instruction
1
The substitution method is a consistent expression of one unknown in two others, and the substitution of the result into the equations of the system. Let given a system of three equations in a General form:

Express from the first equation for x: x = (d1 - b1y - c1z)/a1 - and the substitute second and third equations, then from the second equation to Express y and substitute in the third. You will get a linear expression for z in the coefficients of the equations of the system. Now go "back": substitute z into the second equation and find y, and then substitute y and z into the first and find x. The process is generally shown in the figure to find z. On the record in General would be too cumbersome in practice, substituting numbers, you quite easily find all three unknowns.
2
The method of Kramer is the establishment of a system matrix and calculating the determinant of this matrix, as well as three auxiliary matrices. The matrix system is composed of coefficients of the unknown members of the equations. The column that contains the integers in the right parts of the equations, called the column of right-hand parts. In the matrix of the system is not in use, but is used in the solution of the system.
3
Let, as before, given a system of three equations in a General form:

Then the matrix of this system of equations is the following matrix:

First of all, find the determinant of the system matrix. The formula for finding the determinant: |A| = a1b2c3 + a3b1c2 + a2b3c1 - a3b2c1 - a2b1c3 - a1b3с2. If it is not zero, then the system is solvable and has a unique solution. Now we need to find the determinants of three matrices, which are obtained from the matrix system by turning the column of right-hand parts instead of the first column (this matrix will be denoted by Ax), instead of the second (Ay) and the third (Az). Calculate their determinants. Then x = |Ax|/|A|, y = |Ay|/|A|, z = |Az|/|A|.
Is the advice useful?
Подписывайтесь на наш канал