How to refuse a juror

Criminal procedure law of the Russian Federation determines the performance of duties of a juror's civic duty of the citizen. The actual situation is that the performance of these functions becomes the right and duty at the same time. Naturally, not every citizen wants or for objective reasons cannot serve on a jury. 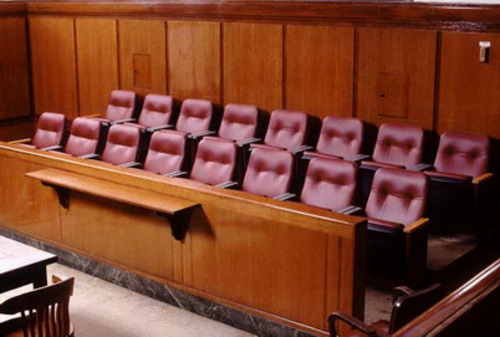 Related articles:
Instruction
1
In the Russian Federation the Institute of the jury though, and has a long history, but during the Soviet period lost their importance. People are reluctant to perform this role. Every year the local administration compiled lists of jurors, the basis for which are the voter lists. Assessors are included in the lists by random sampling. If you made the list, you need to notify, after that any person may apply to the administration of the corresponding subject of the Federation with a written statement regarding the illegal inclusion in the list of specific person or persons.
In any case, jurors may not be persons under 25 years of age, incompetent or of limited competence and persons who have not removed in accordance with the law or no previous conviction.
2
From the lists upon application of the person concerned are removed:

- persons who do not speak the language of the proceedings in this area;

- a person with physical or mental disabilities which confirmed the medical report, obstacles to the successful implementation of the powers of a juror;

- the heads (Deputy) of the Executive and representative power;

- prosecutors, judges, notaries, lawyers, investigators, employees of operative services of the bodies of state security and the police.
3
In addition to the judge regardless of the wishes of the person frees from the power of a juror:

persons suspected or accused of committing a crime;

- individuals who do not speak the language of the proceedings in case of impossibility of simultaneous translation;

of disabled, including deaf, dumb, and blind in the absence of opportunities for their full participation in the meeting.
4
According to the statement of person (oral or written) it can be released by the judge the competence of a juror, if the applicant is:

a woman with children under 3 years;

- a person who because of his religious beliefs believes not possible their participation in the administration of justice;

face, a distraction from duty could cause substantial harm to state and public interests;

- the person having valid reasons for non-performance of duties (the degree of respectfulness of the reasons is determined by the judge).
5
According to the law, the presiding judge exempts from jury duty any, whose objective consideration of a case is well-founded doubts:

have put on him, the wrongful exposure;

- knowledge of the circumstances of the case from sources that are non-procedural (with the ability of such awareness to influence the inner conviction of the person);

- the presence of his preconceived opinions;

- for other reasons.
6
As can be seen, with reluctance to play the role of a juror, except for reasons related to the personality of the candidate, the most versatile ways to quit are the reference on a good reason (requires confirmation) or hospital (also will have to have sick leave), or the link to your biased opinion.
Not to appear for jury selection without a valid reason is not worth it. The judge may impose a fine.

On the same grounds involved in the hearing by persons sworn assessor may be challenged. The withdrawal shall be executed by written request of a party.
Is the advice useful?
See also
Присоединяйтесь к нам
New advices