How to write a receipt for the apartment

When renting an apartment it is important as competently to make all the necessary documents to avoid problems in the future. One of the important paper – the receipt of the Deposit and the granting of certain property. How to write it? 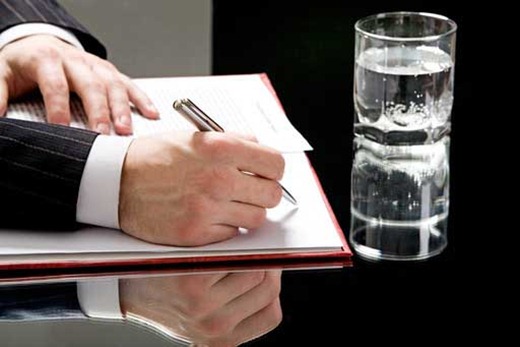 Related articles:
Instruction
1
The receipt is the official document by which the master acknowledges the receipt of the rent or security Deposit before renting an apartment. If you decide to do without this document, you can face the fact that the owner will suddenly require you have to pay once for the same month, the money for which you have already made. Or you will suddenly refuse to rent and made money, just not return. In order to avoid it, be sure to execute the receipt.
2
This document can be written in free form by hand. On a normal piece of paper after receiving the first payment for the apartment owner says the word "Receipt", and then a text like this:
I, Ivanov Petr Sidorovich (series and number of passport), received from Sidorov Petr Ivanovich (a series and number of passport) 10 000 rubles (ten thousand rubles). This amount of money was received by me in accordance with the conditions concluded between us the agreement (to write down the address of the apartment, then the contract number and the date of the opinion). The money received after the signing of this receipt.
Signature ................ /IVANOV P. S./
August 31, 2011
3
Sometimes the owner refuses to write monthly bill, and offers just create a separate notebook in her monthly to enter the amount and put his signature. Agree to this only on condition that on the cover of the notebook will be written all necessary data: passport data of the owner and the tenant, the number of the contract and its terms and conditions. Each monetary contribution must be accompanied by an indication of the number and the handwritten signature of the owner. Only in this case the notebook will be able to play the role of the document in court.
4
If you do not trust the person who rent an apartment, when writing receipts invite at least two witnesses. The receipt is not notarized, and the witnesses can confirm your innocence in court. But in this case it is better not to make a deal.
Is the advice useful?
See also
Присоединяйтесь к нам
New advices