How to mix acid and water

How to mix two liquid substances? For example, some acid and water? It would seem this problem is from the series "two and two make four." What could be easier: to pour two liquids together in any suitable capacity, and the works! Or pour one liquid into the container, where already is another one. Alas, it is that very simplicity that, in the apt expression of the people's worse than stealing. Because the case could end up very sad! 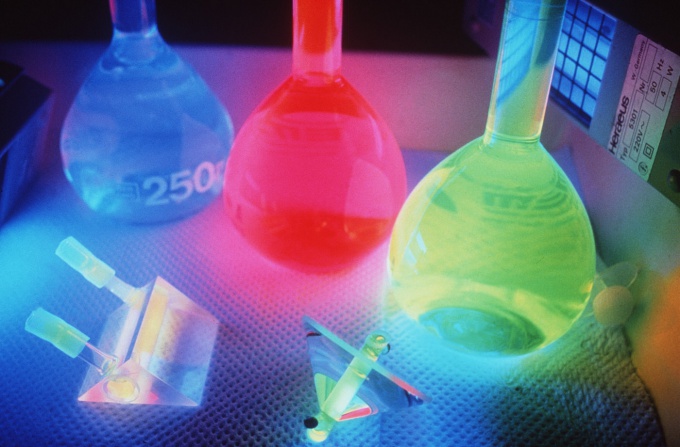 Related articles:
Instruction
1
There are two tanks, one of which contains concentrated sulfuric acid, the other with water. How to properly mix? Pouring acid into water, or Vice versa, water into acid? Price of wrong decisions in theory could be the low rating, but in practice - in the best case, severe burns.
2
Why? But because concentrated sulfuric acid, first, is much denser than water, and secondly, it is extremely hygroscopic. In other words, it absorbs water. Thirdly, this absorption is accompanied by the release of large amounts of heat.
3
If in a container of concentrated sulfuric acid will begin to add water, the first portions of water "flow" over the surface of the acid (since water is much less dense), and the acid starts to greedily devour her, releasing heat. And this heat will be so high that the water literally boiled and the spray fly in all directions. Of course, not past the hapless experimenter. Burns and "clean" with boiling water is not very nice, but when you consider that the water spray will probably be more acid. The prospect becomes quite sad!
4
That is why many generations of teachers of chemistry forced his students literally memorize the rule: "First water, then acid! Otherwise there'll be big trouble!" Concentrated sulfuric acid should be added to the water in small portions, with stirring. Then the above unpleasant situation will not occur.
5
Question: sulfuric-acid clear, but what about other acids? How to mix them with water? In what order? You must know the density of the acid. If it is denser than water, for example, concentrated nitric, its exactly the same as sulfuric, should pour into the water, observing the above conditions (gradually while stirring). Well, if the acid density is very slightly different from the density of water, as in the case of acetic acid, there's no difference.
Is the advice useful?
See also
Присоединяйтесь к нам
New advices