How to braid rope

Since ancient times used a variety of braided ropes and ropesfor the movement of goods. Modern man also uses ropesthat are little changed since ancient times, with the exception that the materials and certain techniques of weaving. 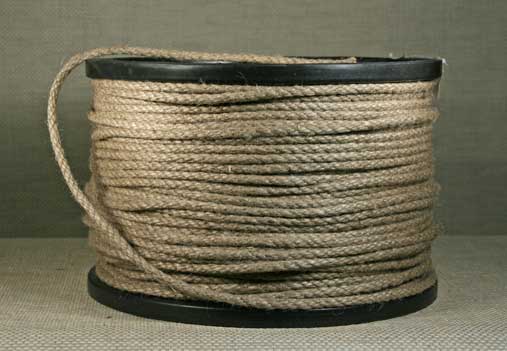 Related articles:
Instruction
1
Wear gloves and be extremely cautious and careful when working with the ends of the rope, do not pull it very sharply, because inside it is the wire. It is easy to penetrate not only your gloves, but the skin on the hands.
2
Chop off the end of a rope, preferably a very exactly. It will be easier to do it if you put it on any iron surface and beat strictly in one place. For this you can use a normal hammer, or rather its sharp end.
3
Divide the rope into two equal thickness part. Preferred to this end to use a screwdriver. Normal is the fact that one strand will remain unnecessary, as ropes always weave unpaired number of strands, usually of seven. Rasplatita rope approximately 60-80 cm In this case you should pay special attention to the "excess strand," as she should remain separated from all the others.
4
Make the rope loop. For this you need first at a distance of 15-25 cm from a rope to breed those two pieces that you've already shared, then direct them towards each other and then folded together. In other words, you have to wrap one part around the second rope, while carefully making sure that both halves went right into the hollows of each other. Be sure to wrap the tails for another round, when it comes to the intact part of the rope.
5
Weave all those strands that you untwist before, back in the rope. You will need to twist the seventh "extra" strand of the sixth. After you twist them three times, either to cut, or have to braid together with the sixth until the very end. Make abimanyu the end of the rope in the tube. This is necessary if you wish to be sure that the rope won't break at the slightest load on it.
Is the advice useful?
See also
Подписывайтесь на наш канал