How to store coconut

Exotic coconutnew nut has a pleasant sweet taste, it makes us dream about the seaside, Paradise corners and endless pleasure. To preserve the freshness and taste of coconut, properly store this nut. 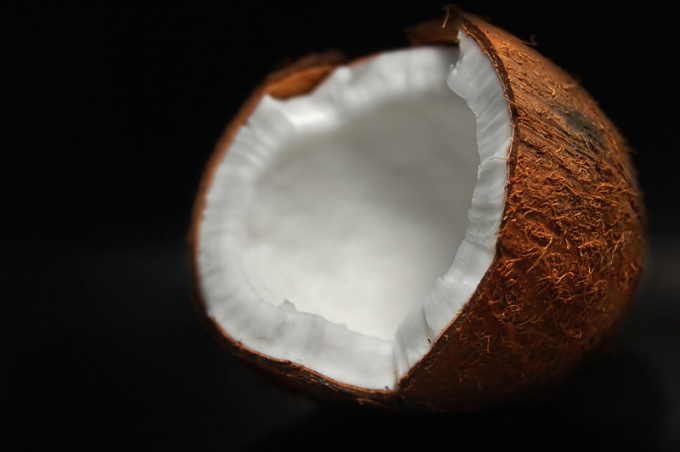 Related articles:
Instruction
1
Before you bring a coconut home, choose the store you want you nut. If the retention rules were not followed, you risk to buy a broken product, and then proper storage in the houseconsideration of the conditions, it will not help. Look closely at the surface of the coconut. Slightest damage, rot or change color coconut shell speaks of the depravity of the nut. Put a coconut in the side.
2
The three holes on the surface of the nut must be intact, no rot and practically does not differ in color from the shell.
3
Shake coconut over the ear. In the ripe coconut should be kept about 20% of coconut milk (with the maturation of the milk is transformed into pulp). If you can hear the milk splashing, buy this nut.
4
Should be buying the coconut, which was kept in the store are not more than a week. And ideal for coconut is a cool, dry place such as refrigerator. Use the coconut as quickly as possible after purchase.
5
If the coconut was "stale", do not rush to throw it away. Usually coconut nut starts to deteriorate "from below", i.e. from the place on which he was lying, and at which, respectively, were collected coconut milk. If after opening the coconut, you saw that one half of it is soft, and the juice is sour, do not worry. You can consume the flesh on the other side of the nut where it has not had time to deteriorate.
6
Opened the coconut store in the fridge separately from the milk, but no more than a couple days. Make sure that the flesh has started to spoil. If she becomes dry, it is still possible to use. However, if the taste will be quite unpleasant, discard the coconut.
7
If you have opened the coconut, but decided to keep it for a long time, use frozen. Pour the milk into a separate container and freeze at low temperature. The pulp separate from the shell (it's easier to do in a few hours after opening). Try rubbing the pulp on a fine grater or chop in a blender. Be careful: the flesh of the coconut is pretty solid. Shredded white mass fold in a vacuum package and place in the freezer. Keep the frozen coconut is not more than 1.5 months. Use immediately after defrosting.
8
Keep the coconut separate from fruits that emit ethylene (a ripening hormone). These include apples, plums, pears, apricots, melons, beets.
Is the advice useful?
See also
Присоединяйтесь к нам
New advices