How to update the bios on the video card

Updating the bios of the video card can be done for various reasons: the latest version of the bios improves the performance of the adapter, solves possible conflicts of hardware and drivers, adds new features. To flash bios, you need to have a program-flasher, a new bios, the program to save a copy of the current bios, the floppy disk and the floppy disk drive. 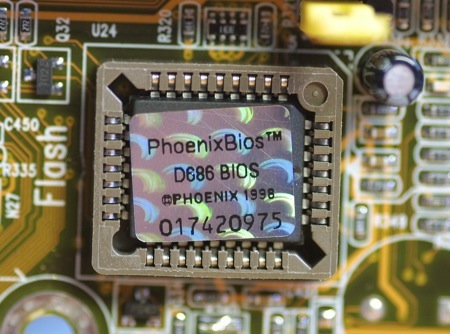 Related articles:
You will need
Instruction
1
Make a copy of the bios of the graphics card. This can be done using software NVIDIA BIOS Editor, TNT BIOS Editor, BIOS GF123 Edit and other. These programs can be found through a search engine or on the website of the manufacturer of the graphics card. A copy is needed in case the wrong firmware was the ability to roll back changes. Therefore, before performing this operation carefully review the model of your video card and manufacturer. Next, go to the official website and download all the software.
2
Create a bootable floppy. To do this, copy to the floppy the program-flasher (it can also be found on the official website of the manufacturer) and a new bios. Copy to the root of the media. Take this very seriously, as incorrect use may harm the computer.
3
Restart the computer and boot from the floppy. Write in the command prompt nvflash new.rom where nvflash is the name of the flasher, and new.rom - the name of the old bios version. If program execution immediately stops, and the screen will display EEPROM not found, then you need to find another program-flasher.
4
The program will ask permission to the firmware, enter YES. Thereby you confirm the action. The image will disappear for a few seconds — during this time will clear the memory area of the bios and written a new version. You will only have to restart the computer.
5
In order to be safe, make a copy of the old bios version, check the new version on the health of your graphics card using VGABios program, as well as create an emergency floppy disk where you want to set automatic startup of the bios firmware from a copy of the old version. If you do not understand what and how to do better to turn to specialists in this field, to further not had the computer to be repaired.
Note
To power off the computer. To insert instead of the AGP video cards,PCI video card. Insert the bootable diskette with a firmware program of BIOS by the BIOS.And if it's not damaged Boot Block,you can run programs from disk A.
Is the advice useful?
See also
Присоединяйтесь к нам
New advices