How to fire foreign workers 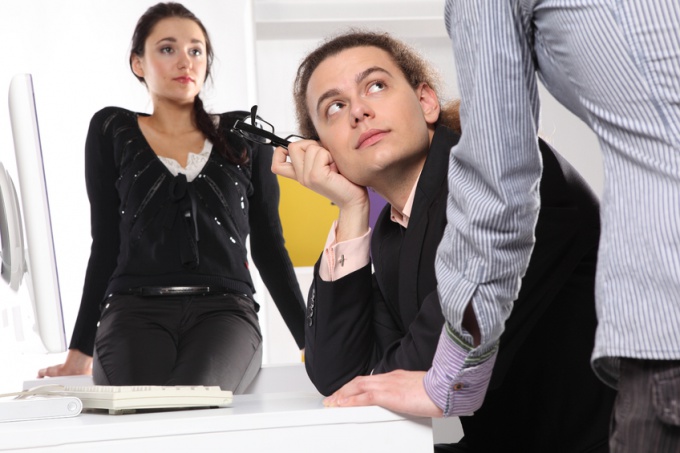 Related articles:
You will need
Instruction
1
The labor code prohibits the firing of workers by the employer, other than by reason of the liquidation or termination of business. During the period of vacation or a temporary disability to dismiss an employee is impossible. Thus, if the Locum is on leave or absent due to illness, to dismiss him only after to work.
2
In the case of redundancy the employer may not dismiss employees who are on leave for child care, single mothers with a child under 14 years of age, women with children under 3 years of age and pregnant women.
3
In the reduction of staff the Director is obliged to issue an order, stating when and who exactly will be dismissed. After the order, every employee shall be notified of the dismissal under the painting in 2 months. If the employer wishes to dismiss workers sooner, then he needs to get written consent and to additionally pay the employee cash compensation in the amount of average monthly earnings.
4
If the Locum does not intend to retire early, the employer is not entitled to do. In addition, before reducing workers, the employer is obliged to offer him another job if it is available. The position may not match the employee's qualifications and to be lower-paid.
5
The dismissal of foreign workers by the employer from the enterprise non-state forms of ownership shall be conducted with the consent of the Union. An exception may be a situation when workers principal place of work is a communal or state-owned enterprise, and a shared place in the company of non-state forms of ownership, to dismiss him without the consent of the Union.
6
Additional grounds for termination of the employment contract with external part-time workers is the main job of the person who will perform the duties of a concurrently employed person. To apply this Foundation can only be to the part-time worker, with whom a contract for an indefinite period. The employer must notify the dismissal of workers is not less than two weeks before the termination of the employment contract
Note
If at the initiative of the employer fired the employee on leave, his actions are deemed unlawful, except dismissal in the event of liquidation of the organization.
Useful advice
Workers who have greater labor productivity and high skills in most cases, in the reduction of staff remain at work.
Is the advice useful?
See also
Присоединяйтесь к нам
New advices