How to breastfeed lying down

After birth the female body needs rest, and about half of pregnant women do not sit at least the first two to three weeks because of the stitches. It is also difficult to bounce back after a cesarean section. In such cases, it is convenient to feed the chest lying flat, for which there is a series of postures. 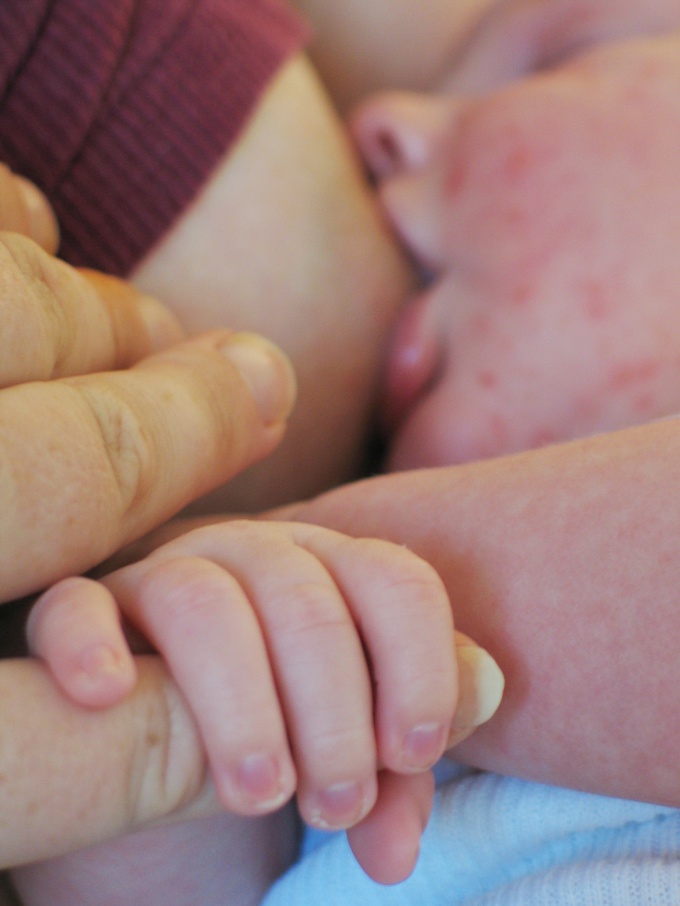 Related articles:
You will need
Instruction
1
Lie on your right side, resting his head on the pillow. Of the child lay on her side beside him, his head should be on your forearm of the hand on which you lie. A brush of the hand hold his back. Second hand place the breast in the mouth of a child so that he captured not only the nipple but also the areola. Keep a breast a hand during feeding breast - lying is not necessary.
2
Lie on your right side, folding one hand under the head or to the side, and a second support or Pat the baby. The baby's head near the armpit. Behind the child you can put a pillow so he rolled onto his back and released the chest.
3
Feed the upper breast in the supine position. To do this, lie on your right side, the head support arm, the child put on the pillow or folded blanket so that he could get to the chest. This posture can be used in cases where there is no opportunity to turn from side to side (for example, to the child with the edge of the bed). However, the hand under the head can get tired during long feeding.
4
Lie down with the kid "Jack", i.e. his feet should be in your head. In semi-seated position with one hand holding on to the elbow, and the other, free, can help your child in feeding. The child lies on its side and sucks the milk from the upper region of the posture is beneficial for moms who have a lactose in the particular area.
5
Take supine position, a pillow under his head. The child while lying on your stomach, tummy down. In this position colic baby bother much less during and after feeding, because the gas is reduced. In addition, the child cannot choke squirt breast milk. Don't just leave your baby to lie on his stomach after feeding. It is better to wait 5-10 minutes when it is in a vertical position will release the accumulated air.
Is the advice useful?
See also
Подписывайтесь на наш канал