How to melt paraffin

Paraffin wax is a light yellow or nearly white substance with properties very similar to wax. Due to the low melting temperature, a sufficiently large heat capacity and similarity of properties with the wax, the wax used in cosmetics, medicine and the home to conduct therapy, beauty treatments and paraffin. At room temperature, the paraffin is in the solid state, so before use it must be melted. 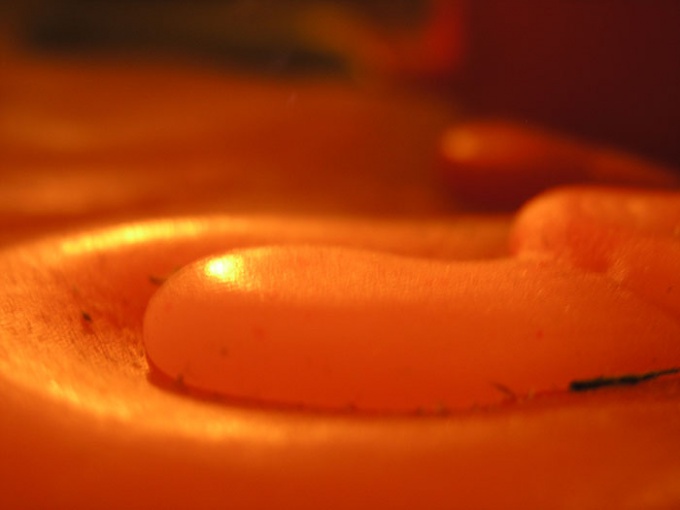 Related articles:
You will need
Instruction
1
Prepare the dishes. Take quite wide and bulky metal pan. Select a metal pan of lesser depth and volume - so that it could be installed inside first. When you install the handles of the smaller pans should lie on the rim of the larger, the bottoms should not touch.
2
Install the small pot in the big one. Fill the space between them with water about a third - to a small saucepan sufficiently immersed in the water bottom. Remove the small saucepan.
3
Start heating water in a large saucepan. Light a gas burner or turn on electric burner stove. Put it on a pot of water and cover. The burner power could be maximized.
4
Prepare the wax. Break it or cut into small pieces. Preparation of paraffin to produce a newspaper or oilcloth to make it easy to collect and use fine crumbs.
5
Put the wax into the container. Compactly place the pieces of wax in a small saucepan. Fill it no more than halfway.
6
Start melting the wax. When water in large pot boils, remove the lid and fit the small pieces of paraffin. Turn down the burner power so that the boiling water continued, but was not intense. Cover a small pan.
7
Melt the paraffin. Wait for a complete transition of the entire mass of paraffin in a liquid state. The melted wax will take up less volume than its pieces, originally placed in the pan. Therefore, if liquid paraffin need more, you can put in a bowl some more solid pieces and wait for them to melt together.
8
Finish the melting process. Turn off the burner plate. Carefully remove the pot of melted wax from the boiling water.
Note
Melted on a steam bath paraffin wax can burn, so be careful.

Do not try to melt paraffin over an open fire. The temperature of the melt will be much higher than when melting paraffin on a steam bath. Getting this wax on the skin will lead to very severe burns. In addition, at temperatures above 140 degrees, the paraffin begins to oxidize.
Is the advice useful?
See also
Присоединяйтесь к нам
New advices