How to recognize sulphuric acid

Sulphuric acid, having the chemical formula H2SO4, represents a heavy, dense liquid with a buttery texture. Very hygroscopic, readily miscible with water, be sure to pour acid into water, in no case, not Vice versa. One of the strongest acids, especially in concentrated form and at an elevated temperature. How can we recognize sulfuric acid, among other acids and solutions? 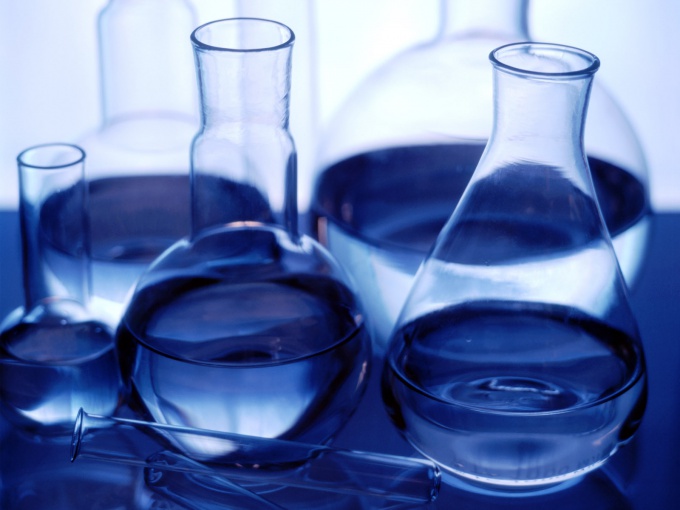 Related articles:
Instruction
1
Get sulfuric acid in various ways, among which the most common is "contact". Raw materials are a variety of sulfur-containing ore, mostly pyrite (iron sulfide, FeS2). In the first stage of the process, as a result of his firing, produces sulfur dioxide SO2. Further, this gas is cleaned of impurities and dust by oxidation is converted into sulfur dioxide SO3, from which it is formed and sulphuric acid H2SO4.
2
For example, you were given a few samples of liquids, among which are the sulfuric acid. First of all, you need to make sure that it is really acid. Of course, in any case not probovala samples to taste. Alternately to each tube add a piece of zinc. Those tubes which immediately starts a violent reaction with evolution of gas, are likely to contain acid.
3
Why do you want to use zinc, not alkaline or alkaline-earth metal? Yes, because they are likewise supplanted and hydrogen from pure water and from a solution of some salt. Instead of clarity you'd only be confused. Zinc allows you to determine exactly acid.
4
Separate them from the rest of the samples and look for where it is sulfuric acid. To do this, use a distinctive qualitative reaction on the sulfate ions. Dobaviti each tube a solution of barium chloride (BaCl2). Reacts with sulfuric acid, it immediately forms a dense white precipitate of barium sulfate (BaSO4), according to this scheme:
BaCl2 + H2SO4 = BaSO4 + 2HClВыпадение of this precipitate indicates the content of sulfuric acid in the sample.
Useful advice
Sulfuric acid finds such wide application in different areas, which rightly bears the unofficial title of "blood chemistry". Sulfuric acid used for production of synthetic fibres, fertilizers and explosives, in the production of detergents and pharmaceuticals, as an electrolyte in acid batteries in the processing of metals and leather, petroleum and textile industry. Finally, it is indispensable in many types of organic synthesis, as sulfureuse agent, as a substance that takes water.
Is the advice useful?
See also
Присоединяйтесь к нам
New advices