How to catch mullet

There are several methods of catching mullet: complex float rigs to sophisticated combined tackles, but for a good time and a good catch is better to use proven options for experienced anglers. 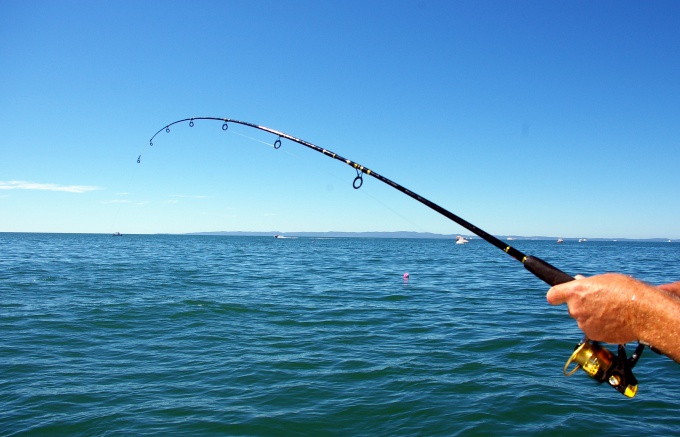 Related articles:
You will need
Instruction
1
The most common way of catching mullet – an ordinary float rod. Mullet – fish is very cautious, so if you are going to fish in the clear water, it is best to apply the most thin (less than 0.15 mm), fishing line and hooks №4-5. Float choose sustainable, with camouflage coloring. Try not to make sudden movements, otherwise the fish will notice you and move to another place. Keep in mind that catching mullet on a float the early morning with complete calm. As nozzles use the bread crumb, sea worms, mussels, chunks of fresh fish.
2
The float rod is hard to throw away, so on long casts rather preferable to a Donk. The main line in this case should be no more than 0.2 mm and the leads is smaller than the diameter of the line, about 0.15-0.18 mm. In comparison with a float rod, Donk – tackle less sensitive, so empty of bites can not be avoided. Try to fish "by eye", rather it is cut as soon as I saw that mullet took the bait.
3
Spinning is used for catching large mullet slowly passing flocks close to shore. The top of the spinning is better to choose thin, so the fish easily podscasts. On the shank of the hook to fasten the fine-pored foam, painted green. Hooks, with its light foam, quickly pop up and not get lost in the weeds.
4
Summer on the South coast of the Crimea, mullet poplavnoi are sometimes caught in the Seine net, which is a tackle composed of thick fishing line with a large number of leads. The Seine net cast as bottom fishing, using a hundred or more leads and hooks with a width of 6-7cm. every 2-3 meters to the line tie plastic tube.
Useful advice
Bait mullet.
Even the most simple bait acts on the mullet perfectly. For this you can use any fish product, from finely chopped pieces of bull to the remnants of the soup.
Is the advice useful?
See also
Подписывайтесь на наш канал