How to get ammonium acetate

Acetate of ammonium, another name for ammonium acetate – salt formed by weak acetic acid CH3COOH weak base ammonium hydroxide NH4OH. Its empirical formula C2H7NO2. Appearance – colorless crystals, very soluble in water. It is highly hygroscopic. Easily decomposes at a temperature of about 112 degrees, the reaction leads to the formation of acetamide (substance with the formula С2Н5 ON) and water. How to ammonium acetate? 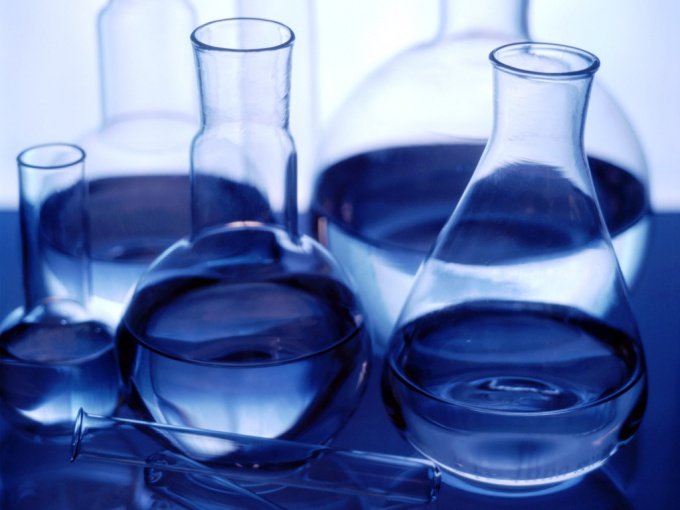 Related articles:
Instruction
1
Ammonium acetate get in the laboratory, for example, by reacting a concentrated, i.e., glacial acetic acid, and ammonium carbonate (also known as ammonium carbonate). The reaction proceeds with the formation of ammonium acetate and unstable carbonic acid (Н2СО3), which immediately decomposes into water and carbon dioxide.
2
You can also pour 80% acetic acid to 10%-th solution of ammonia (liquid ammonia). The reaction is carried out at low temperatures, for example, lowering the flask with the reagents in a vessel with crushed ice and with vigorous shaking. The filtrate is evaporated, receiving ammonium acetate.
3
Ammonium acetate in the laboratory to obtain nitrile of acetic acid (acetonitrile), when heated with water. The reaction proceeds thus:
СН3СN + 2H2O = CH3COONH4
4
In industrial conditions, the basic production method of ammonium acetate – the reaction of acetic acid with aqueous ammonia (the analogue of the laboratory method number 2). So get either the diluted product of different degrees of concentration (to use as de-icers, for example), or are subjected to its subsequent evaporation, drying and cleaning.
5
A certain amount of ammonium acetate as a by-product, is obtained also when the chemical treatment of wood with ammonia, as a result of diallylamine cellulose.
Useful advice
This substance finds various application in industry and laboratory practice: as a component of fluids used in de-icing; in the food industry as a preservative; as a reagent in some organic synthesis; laboratory and research work, as a component of buffer solutions, as well as protein precipitation.
Is the advice useful?
See also
Подписывайтесь на наш канал