How to get rid of insects in the house

In our house sometimes penetrate uninvited guests. Mosquitoes, flies, bedbugs, fleas and cockroaches – they cause a lot of inconvenience and trouble. To cope with the insects will help both of modern chemical, and folk remedies. 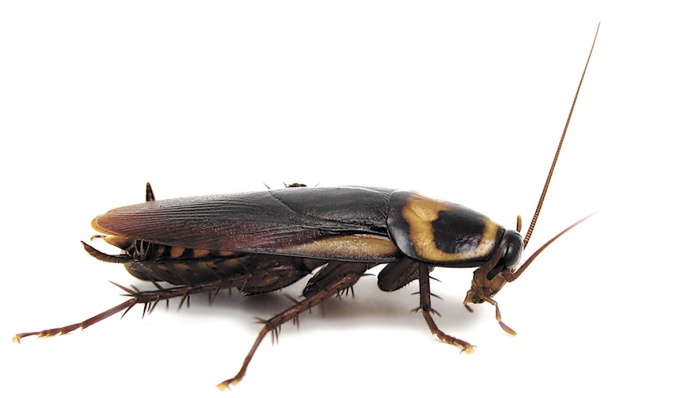 Related articles:
You will need
Instruction
1
Tracunicode clean the house, wash the dishes, do not leave overflowing garbage cans. While cleaning the apartment added to water ammonia: whiskered pests can't stand the smell. During repair, carefully close all cracks and crevices. Often ventilate the room, especially in winter - cockroaches die at a temperature of 8 degrees below zero. Effective as boric acid and borax (you can buy in the pharmacy). You can use tools such as "Globol", "combat" and others. If all else fails, call the professionals.
2
Mosquitoes
Those pesky buzzing insects scare away the smell of vinegar, rosin, tar. Of chemical agents in Russia release "Give", "Pirin". Very popular as electrocapillarity: small device plugs into the wall socket and heats up, the result evaporates the insecticide deposited on the plate. There are varieties of liquid plug-in vaporizer. Most popular: "Fumitoks", Alack-10, WAPEmat-E, WAPEmagic-E. also Effective creams and lotions, the mosquito repellent.
3
Flies Flies can not tolerate the smell of tansy. Window frames can be lubricated with vinegar. An effective method of fighting the tape "Mukholi" and "Mukholi-M" sticky mass "- membrane vinylon and Muxid". You can also use powdered means "Newpin", pills, al-Farid" liquid preparations "Primate", "Japan-M, insecticide marker "fly" or dichlorvos. Incidentally, the latter now produced in the vial is odorless, but should not spray around the apartment at any time. It is better to arrange the disinfection when you want to leave the apartment for a few hours. And don't forget to ventilate the room after returning.
4
Clopay will not see their day – night residents. These blood-sucking insects can carry various infections. To see them and deal with them fairly difficult. Bed bugs die when a sudden change of temperature. Minus 15 – lethal temperature. It is best to use special chemicals. For example, "Reopen" and "Japan", "Insect Dibro-fin" and "Lekteren". Kill bedbugs and liquid preparations "Premade and Foxed".
5
Homemade ants, They spoil food, and some species bite, causing an allergic reaction. A popular method is sprinkle salt on the ant nest, and also in the places where they crawl. Insects can't stand the smell of parsley, onion, garlic, mint and wormwood. Highly effective yeast. Of them, you can cook it on the water a thick paste, adding a little jam or honey. You can also use the drug to Expel or "Globol".
6
Moths unlike other insects, it is not a threat to human health, but causes damage to our things. Interestingly, flying butterflies moth, which we love to chase around the apartment, not as bad as the caterpillars of the moth. The mole was afraid of light and air. So to protect from the voracious caterpillars need those things that lie in our cupboards, on shelves Dolne. Put dried orange peel, geranium leaves, inflorescences St. John's wort, lavender. Things that you take for long-term storage, it is better to pack in the bags. And furs after the end of the season treat good protection from moths, for example, "Mramor", "Dismal", "Difax" or Raid.
Note
All chemicals are harmful when heavy breathing poisonous to animals. So be sure to well ventilate the room in which you performed, and "long lasting" drugs apply in areas inaccessible to Pets.
Is the advice useful?
See also
Присоединяйтесь к нам
New advices