How to fix the puzzle

After Assembly of the puzzle many of us just disassemble it in order again in the future to do what you love. At the same time, a puzzle composed of many pieces, bright and high quality, capable to decorate any interior. 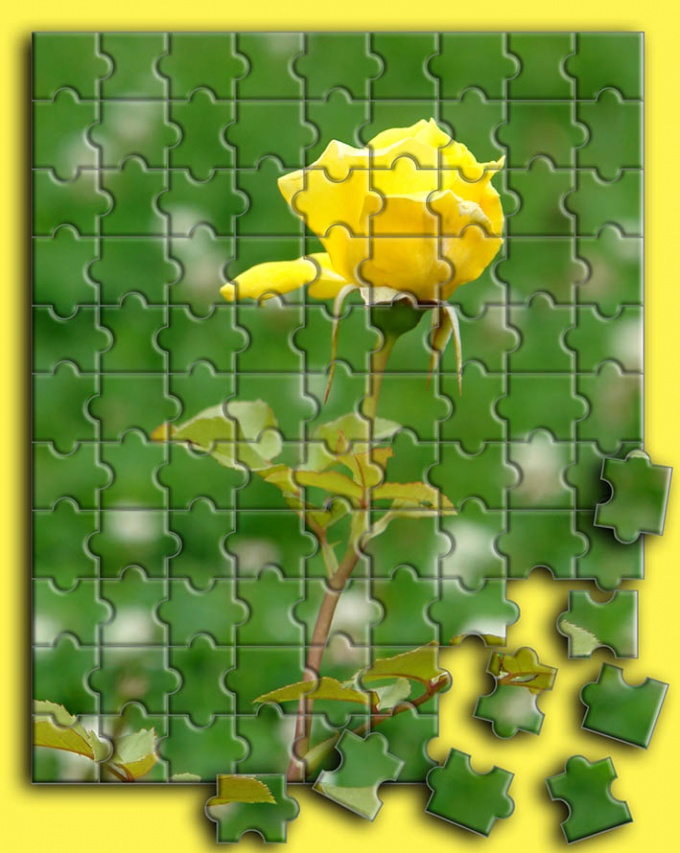 Related articles:
Instruction
1
The gluing of the puzzle should be approached very responsibly. You must first carefully flip the puzzle face down. Well, if you build the puzzle easy to move on the surface (plate fiberboard, the table for the puzzle). Then, you have to cover your masterpiece in the same piece of fiberboard, for example, and flip. If the big puzzle, the edges of the plates it is possible to wrap tape or fasten it with clips.
2
If the puzzle was assembled on the table, you can gently move it on the moving surface, gradually shifting. Too big a puzzle that will not fit on the table, and so was assembled on the floor, you can turn only in parts or to move to the next stage.
3
Puzzle that can't turn, can be glued directly on the front side with tape or glue. Before their application, clean the surface of the future picture from dust, hair and wool. Under the puzzle, if possible, it is better to enclose something, for example, polyethylene, as the glue may leak through the gap between the parts.
4
For bonding puzzle will need a brush, PVA glue, cloth or sponge. The adhesive should be applied in a thick layer on the front or back surface so that it is well absorbed into the joints. If you glue the puzzle on the front side, do not be afraid of white streaks, they turn into a transparent film in a couple of hours. On the reverse side of the puzzle glue is applied to attach the picture to the framework: cardboard or fabric.
5
There is also a special glue for puzzles, which allows you to easily and firmly glue the finished painting. On the front side of the puzzle so the glue is best applied with a small spatula to evenly distributed on the surface and absorbed into the joints. However, this adhesive requires the strengthening of the surface of the puzzle on the other hand, if it does not fit with the frame.
6
The easiest way of bonding the back side of the puzzle as a fortified glue and no - tape. For this you need to glue it overlapping the first along and then across the picture. The excess tape on the edges should be cut off.
7
A great option to secure the puzzle – adhesive tape ("adhesive"). For this you need to flip the puzzle face down, and then cut a piece of tape a quarter of an inch shorter than the puzzle. After you need to glue one edge of the film and, gently taking the paper from her, move on. Do it better with a helper: one separates the paper, the second smoothes the film.
Is the advice useful?
See also
Подписывайтесь на наш канал