How to win at dominoes

Among the well-known and popular games, especially the more popular is Domino – it's hard to find someone who would have never played dominoes and won opponents, by moving the knuckle. Win Domino at first glance is not difficult, but there are many different versions of the game, and you can consider some strategies that increase your chance of winning. 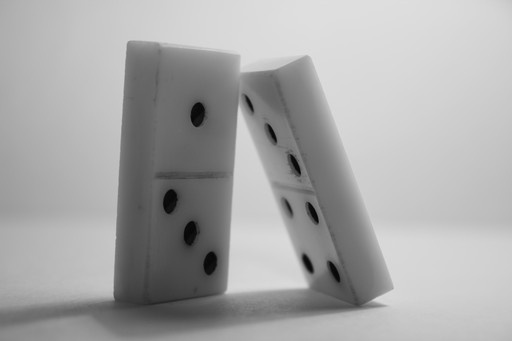 Related articles:
Instruction
1
The rules of the game each player selects seven closed and tossed a bone Domino, and a further aim of the game is placing simultaneously the bone 6:6 and 0:0, which creates a win-win situation.
2
If you have a set of bones there are two takes, you have the right to stand on the Board both take or keep one in reserve, putting the second. The first walks the player who will have a bone 1:1. If Domino four people play, the turn passes from the first player clockwise to the second, third and fourth.
3
Expose the bone so that on the next move to the previous bones can stick to the following. If you put bone 6:6 and then 0:0, you win the party, received the rank of General. Placing only one bone 0:0 gives you the rank of officer. Thus, your tactics in the game should be to obtain the rank of General or of an officer, and that means creating a winning situation that gives the opportunity.
4
Despite the fact that the agreement between the players is prohibited by the rules of the game, you may agree in advance with your partner about any warning signs or to form a typical behavior for any game situations, and track this behavior from other players.
5
In each game round, try to remember the moves of the opponents and also the moves of his partner. If you play four, you will need to decide who your pair partner will be the game leader. Defining a leader, not re-schedule it in the course of the game the leader should remain unchanged for the entire party.
6
Watch the bones of his opponents, trying to calculate the location of the winning doubles 0:0 and 6:6. If the opponent often missed the moves or played large bones, increasing the chance of the appearance of "fish" that can lead to the loss of rivals.
Is the advice useful?
See also
Присоединяйтесь к нам
New advices