How to insert eyelets

Eyelets – fit functional and decorative at the same time. They are used for fixing curtains to decorate clothes, cards, albums. Depending on the material, on which are mounted grommets how to install them will vary. 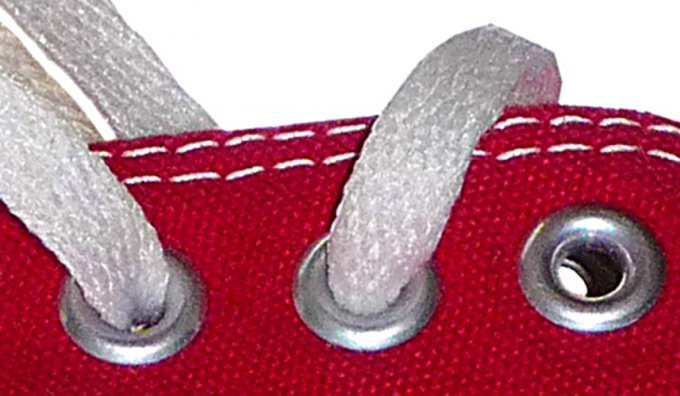 Related articles:
Instruction
1
Get your work space where you will install the grommets. In order not to damage the table surface, cover it with a soft, thick cloth (e.g., felt), top off with hard cardboard or plywood.
2
Grommets, which are used in scrapbooking, often made of plastic, rarely of metal. In the first case you can do without special tools for their attachment, the second with grommets will have to buy a hammer and installer. However, the hammer can take the most common. To avoid scratching their surface fittings, wrap it with a piece of cloth.
3
The place where will be located the grommet, mark it with a pencil. The hole can be made specially designed for this purpose with a punch of suitable diameter. Place the tool perpendicular to the surface of the table, once hit it slightly, the second shot needs to penetrate the paperboard completely. If no punch, a hole can be cut with scissors or poke with a screwdriver. If on the reverse side of this resulted in uneven edges, trim them with scissors. To create a large enough hole at the edge of the worksheet, you can use a hole punch.
4
Attach the grommet to the hole, turn the leaf over on the wrong side, insert the grommet installer and a couple of times and hit it with a hammer. Too hard to beat should not, from this leg jewelry may unnecessarily raspustitsya.
5
If you often use eyelets in scrapbooking, you can buy one universal tool to install them, it's called a Crop-A-Dile. The side nozzles allow you to punch holes in paper and cardboard, and the Central – set rivets without effort and almost silently.
6
For fixing on a thin fabric (usually on the curtains), reinforce the edge of fabric eyelet punching tape, it is pressed with a hot iron. Tape width should be 2 cm larger than the diameter of the rings themselves.
7
Mark on the fabric the distance between the holes, a pair of scissors carefully cut them out (you can make them a few millimeters larger than the inner diameter of the grommet). Half the grommets put on the reverse side, the second cover it from the front, making sure that the edge of the fabric is not acted out.. Click on the grommet so that the halves aligned – it will indicate a "click".
Is the advice useful?
See also
Присоединяйтесь к нам
New advices