How to find out the results of the interview

Sometimes it so happens that the Manager on the personnel promises to call back after the interview and not returning my calls. Or do you think that you have passed the interview successfully, but I see no evidence of this. The results of the interview can be found on the phone or the Internet, or, in some cases, after analyzing the course of the interview. 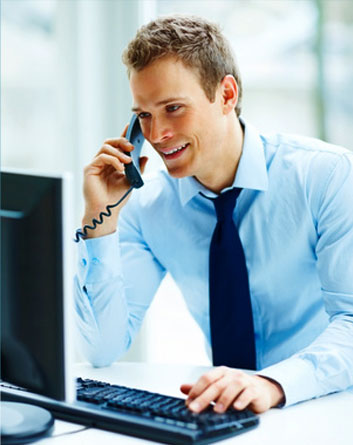 Related articles:
Instruction
1
"We'll call you" - a common phrase used by managers at the end of the interview. As a rule, it says to everyone, and by itself means nothing. However, if the Manager didn't just tell you "I'll call," and called the approximate day of the call, mentioned that the user is interested in your candidacy, you can assume that the result is likely to be positive. The more you can take if with you on the whole were friendly, and the test of professional knowledge you were successful.
2
If on the appointed day, the personnel Manager does not call you, it does not mean that the interview you did not pass. There is a big role played by the human factor: he may have many Affairs or is he simply forgot about the call. Unfortunately, it happens. Therefore, in this case it is necessary to wait a day and call the Manager. Not worth directly asking if you've passed the interview, you can just ask, have you considered the guidance of your candidacy, to determine whether firm a candidate for the position. If you answer that with the nomination still undecided, ask them to call you in any case - and in a positive and a negative, or to write on e-mail. In the absence of a call or letter within a few days, repeat the call.
3
A sign that you are likely to take a job in a company is the removal of jobs from the site to find work after the final interview with you. Arriving home, check the website: if the job have not updated or deleted, then most likely, the company decided at least with a few final candidates. If the vacancy has been updated recently, then surely the company decided to hold several interviews with other people.
4
Some people think that self-calls to employers may seem overly Intrusive. In most cases, employers treat them normally because they understand that applicants are interested in working. In addition, not all HR managers will notify the applicants that they failed the interview. Thus, the candidates are often in vain waiting for the results, refusing other offers. Not to get into such a situation, it is better to know the results of the interview as quickly as possible.
Is the advice useful?
See also
Присоединяйтесь к нам
New advices