How to determine bronchitis

Bronchitis is a common inflammatory disease. It appears not only in the cooler months, but warm when the heat saving open Windows, creating a draft. Temperature changes is one of the reasons of bronchitis. It can occur suddenly and be acute and may be a continuation of respiratory diseases and become chronic. Prolonged or persistent inflammation of the bronchi is often a cause of asthma and a General sensitization of the organism, and therefore requires prompt diagnosis, treatment and further prevention. 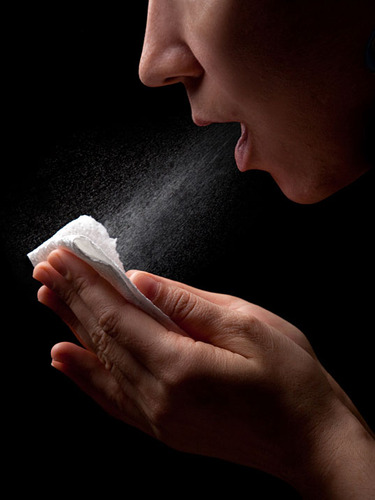 Related articles:
Instruction
1
Most often bronchitis develops as a complication of rhinitis, pharyngitis, and laryngotracheitis in acute respiratory infections. Other causes of this disease staphylococci, streptococci, pneumococci and other microbes, whose activity is manifested in the overall weakening of the body brought on by infections, while reducing its protective forces at the extremes of hot and cold temperatures. With the help of characteristic symptoms, you can probably define bronchitis and begin timely treatment.
2
Acute bronchitis begins sharply, with rise in temperature to 38 – 39оС and ailments. There is a feeling of stuffiness in the chest and cough. Initially dry cough, no sputum causes a sharp chest pain. After 2 – 3 days during the cough starts the discharge of mucous and then Muco-purulent sputum, which brings a sense of relief. Coughing can wear paroxysmal in nature.
3
Worse leaking capillary bronchitis, in which the lumens of many small bronchi become clogged mucopurulent plugs. This leads to shortness of breath and deterioration of the General condition of the body due to intoxication. Possible complication of the lungs in lobular pneumonia or emphysema.
4
Chronic bronchitis is a consequence of undertreated acute bronchitis, disorders of nasal breathing, as well as the systematic influence of adverse factors – Smoking, alcohol, inhalation of harmful vapors. It appears at least 3 – 4 times per year and is characterized by a steady cough with a normal temperature. Chronic inflammation of the bronchial mucosa reduces their elasticity and eventually can lead to asthma and irreversible changes in the mucosa, with no hope of recovery. Treatment of chronic bronchitis requires a longer period, so it is much easier to prevent.
Note
In the treatment of inflammation of the bronchial tubes an important integrated approach, since often it is caused by the several factors - direct and indirect. In acute bronchitis antibiotics, sulfonamides, expectorants, hot drink. In chronic shown Spa treatment.
Is the advice useful?
See also
Подписывайтесь на наш канал