How to open a tin can

The most convenient way to open cans, use a can opener. Currently there is a wide variety of such knives. The most convenient of them is electric, he opens a jar for a few seconds. There are also knives with wheels and our Soviet conventional openers, which is in the house everyone. How to open a jar of this knife are described below. 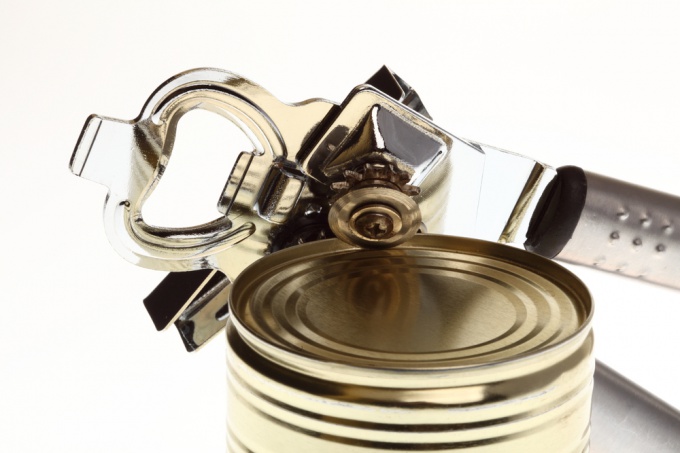 Related articles:
You will need
Instruction
1
Take a tin can and rinse from the dust.
2
Put the jar on the table, put on its edge can opener.
3
Holding the knife with one hand, the second hit him from above. The Bank formed a hole.
4
Holding the jar in one hand, a second start to make gentle movements, clinging to one edge of the knife over the side banks, and the second cut through the cap of the can in a circle.
5
Cover cut a little before the end and bent upward.
Useful advice
In the absence of a special knife, a tin can, you can open a conventional knife. Also punch a hole in the Bank and cut the lid of the jar around the circle in the usual movements (like bread).
Is the advice useful?
See also
Подписывайтесь на наш канал