How to make drawings on coffee

Drawing on coffee is an art, which is called latte art. The skill of latte art requires certain knowledge and skills, so learn them at home very difficult. But if you wish, and all necessary available tools to try still possible. 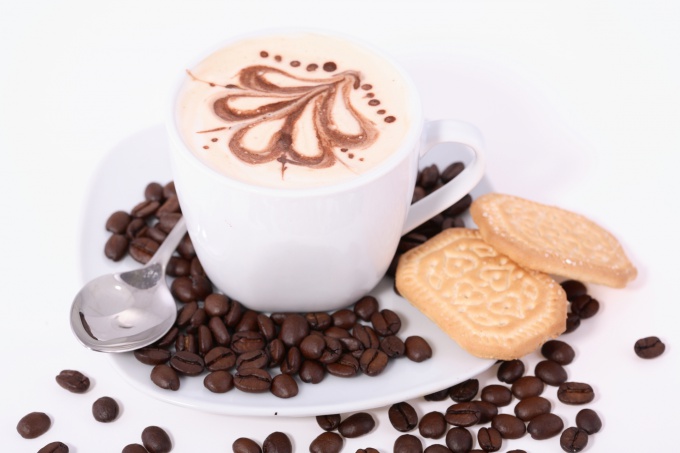 Related articles:
You will need
Instruction
1
Technique latte art is the following: specially prepared milk in a special way poured into the coffeeany drink, and mingling with them in the Cup, creates on the surface of the coffee a variety of patterns. In catering establishments for the creation of latte art Barista meets bartender, trained in this field.
2
So, to create drawings on coffee you definitely need a coffeemachine. First, prepare the milk foam. Take whole pasteurized milk with a fat content 3-3,5%. Pour milk into a pitcher – a pitcher of stainless steel, which is specially designed for latte art. The milk level should be slightly below the base of the spout of the pitcher. Bring the pitcher to the tube issuing pair, located on the coffeemachine. Immerse the steam crane in the middle of the pitcher, the orifice tip must be located at a distance of 1-1,5 cm from the surface of milk.
3
Open the steam valve. The milk will begin to increase in volume with the formation of foam. Hold the pitcher directly, and raise the tip of the steam crane, keeping a distance of 1-1,5 cm, with increasing foam. The process of beating control by sound: you should hear a uniform hiss. This phase takes 5 to 15 seconds.
4
Next, you need to steamed milk. Turn the pitcher so that the steam crane was located near the wall. Immerse the tip of the crane at the distance 1-1,5 cm from the bottom of the pitcher. Tilt your pitcher of milk on himself, resulting in him controlling vortex motion. Phase steaming lasts for 5-15 seconds, during this time, the temperature of the milk reaches 65-75 ° C.
5
Close the steam tap and remove from under his pitcher. Before the milk gets into coffeeany drink, it should be shaken in a circular motion of the hand.
6
In coffeemachine, brew a thick, espresso. Pour coffee in a Cup prepared. For clearer illustration of the resulting foam, sprinkle with cinnamon, grated chocolate or cocoa. Start small portions pour the milk. The nose of the pitcher will serve you "pencil" when creating future pattern.
7
In latte art there are three basic shapes: flower, heart and Apple. To create the flower mentally divide the Cup into 4 equal parts: top, bottom, right and left halves. Start to pour the milk in the upper Cup base. When the Cup is filled to half, carefully move the milk flow into the left part. Gently shaking the pitcher, turn it to the right half of the Cup. The rest of the milk pour in a zigzag pattern, ending at the bottom. Nearly fill the Cup, lift the pitcher and the last portion of milk draw a line through the picture. The nose pitching sharply move upwards. A thin stream of milk at the final stage as it gathers the entire drawing in the center of the Cup. 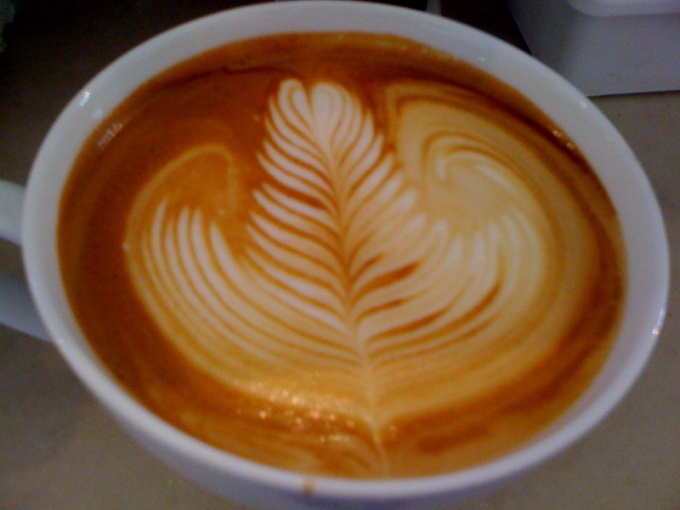 8
To create the heart draw visually on the surface of the Cup circumference, over its borders to leave will be impossible. Point the nose of the pitcher in the center of the Cup. Fill an imaginary circle milk pitcher gently shaking from side to side. Filling the Cup to the brim, lift the pitcher and a thin stream draw a line through the circle diameter. 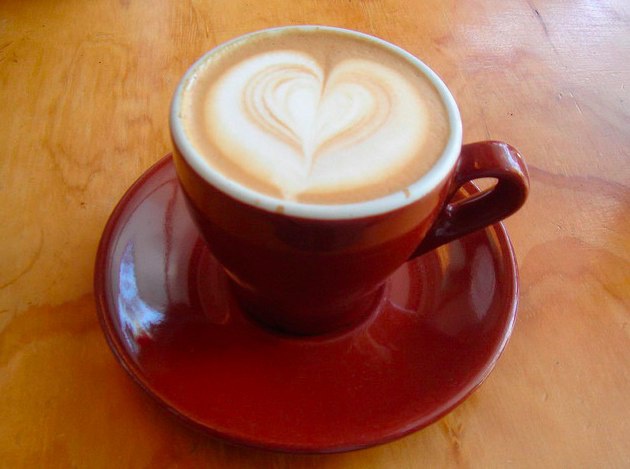 9
To depict a figure in the shape of an Apple, pour a portion of the foam near the far walls of the Cup. It will be a sprig of the future of Apple. Then the nose of the pitcher will place it in the center of the Cup and form a circle, as in the example with the heart. Carefully fill a Cup of milk foam. 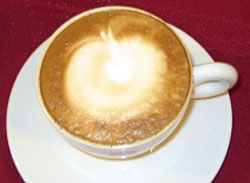 Note
Before you start whisking the milk, briefly open the steam tap, the descending formed in the condensate.
At the end of the process of frothing milk tube of the issuing steam must be cleaned with a cloth, and also for a couple of seconds to open, removing trapped in the faucet a drop of milk.
Mastering the technique create the base drawings will allow you to come up with and implement more complex shapes.
Useful advice
The easiest and fastest way to create drawing with a toothpick. Pour into the center of the Cup with a little milk. Espresso dark spots remaining on the surface will be your "ink". In contrast with the milk foam you can create quite intricate designs.
The use of syrups with the addition of starch allows you to create drawings of different colors.
Is the advice useful?
See also
Присоединяйтесь к нам
New advices