How to appeal against the Prosecutor

The main activity of bodies of Prosecutor's office of Russia is the supervision over the observance of legality. Without a doubt, the Prosecutor's office is the primary oversight body of the country, but what if the prosecutors themselves start breaking the law or just do nothing in the presence of egregious violations of the law? According to the General rule established by article 10 of the Federal law "On the procuracy of the Russian Federation, any action or inaction of the public Prosecutorand his decision may be appealed to superior Prosecutor or in court. 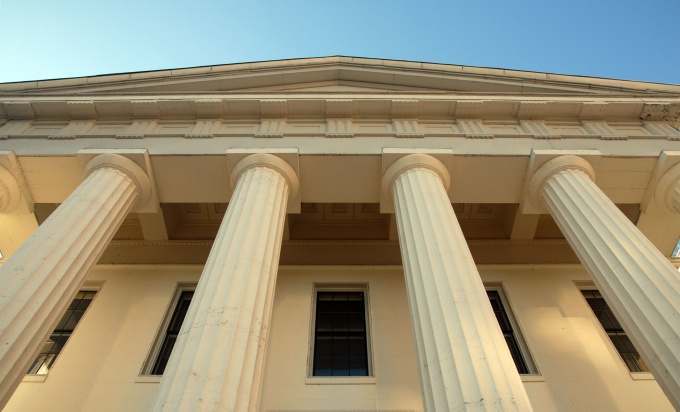 Related articles:
Instruction
1
To challenge the actions of the Prosecutor should prepare the complaint, which in free form has to be described in detail, what is expressed in violation of the law on the part of public Prosecutor. For more convincing to the complaint must attach copies of available documents and replies of the Prosecutor.
2
To ensure quick and quality checks on the appeal, it is necessary to describe in detail the problem. To specify specific dates, addresses and proper name of the body of prosecution and the name of working in it official who broke the law.
3
If violations of the law admitted attorney of the district level, the complaints of these violations should be addressed to the superior Prosecutor of the corresponding subject of Russia. If the law is violated by the officials working in the Prosecutor's office of the subject country, then the complaint should be sent to the Prosecutor General of Russia. Such complaints can be addressed directly to the Prosecutor General and his deputies who work in the respective Federal districts.
4
Also, the Prosecutor's decisions and actions (inaction) may be appealed to the court at the location of Prosecutor's offices, which employs prosecutors, offenders. Judicial procedure of appeal against violations of the law by prosecutors in each case may have its own specifics.
5
So, appeal to the court of violations of the law by prosecutors during the exercise of supervision over investigation of criminal cases provided for by article 125 of the Criminal procedure Code of the Russian Federation. The right to appeal in court the actions (inactions) and decisions of the Prosecutormi that are not associated with criminal proceedings, enshrined in article 254 of the Civil procedural Code of the Russian Federation. In this regard, the preparation of an application to the court, reference is made to the given norms of the legislation regulating criminal-procedural and civil-procedural order of appeal.
6
Note that an appeal to a higher Prosecutor of violations of the law committed by prosecutors, lower level is not an obstacle for treatment with the corresponding complaint in court.
Useful advice
To ensure the quality of rights protection in court should contact a lawyer. It will help to draft a complaint of violation of law by the Prosecutor, and also carry out the professional protection of rights and interests of the principal in court.
Is the advice useful?
See also
Присоединяйтесь к нам
New advices