How to make nose smaller with makeup

In order to visually make less than the nose, it is necessary to resort to some tricks make-up. Visual to correct a large nose can be using different variations of dark and light tones. Concealer is the most affordable and effective tool for the correction of the nose. The basic tone should match the color of the skin and two additional tones – one semitone lighter and one a semitone darker. 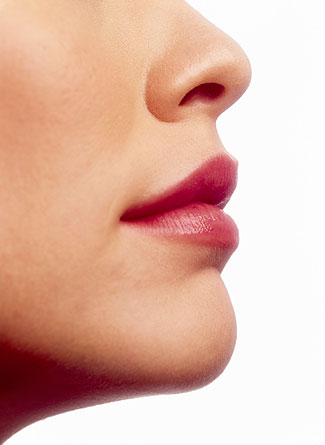 Related articles:
Instruction
1
A wide nose. Apply a light tone on the pennoseItza and on the back of the noseand wings of the noseand should be a semitone darker.
2
A long nose. Apply on the pennoseItza light tone, and the tip of the noseand darken the tone on half tone darker.
3
A large nose. Apply concealer in a half-tone darker than the color of the skin.
4
Hooked nose. Fix the nose, visually straight hump, will help the parallel lines on both sides of half-tone darker than the main colour. The distance between the lines affects the width of the back of the noseand the closer we get, the thinner it will seem nose. Further back the nosebut you need to lighten up a semitone. It is important to remember that the boundary lines between the tones should not strike the eye, careful shading, but here you need to be careful, because the borders should be lightly visible.
5
Some General rules:the Shine on the nosein very much attracts attention. To fix the problem will help ordinary compact powder. It is better to use transparent because it will not close all the efforts for the visual correction of the nose.
6
Also to divert attention from the noseand creating makeup, you need to focus on big eyes - then Proporta person to be a certain balance.
7
Facial proportions are violated if some parts have slight imperfections. If a thin upper lip, then the nose will appear longer than masking the nose, it is better to adjust the upper lip, visually increasing it with the help of contour pencil and lip gloss. Lip gloss visually gives the lips volume, and the pencil will help to give the lips that you like, thus you should only use light shades.
Is the advice useful?
See also
Присоединяйтесь к нам
New advices