How to crochet mesh

In knitting and crochet there are many patterns. The light - patterns in a grid. There are several species, but they are simple in design. So if you are just learning to knit, mastering this technique will be the best beginning. 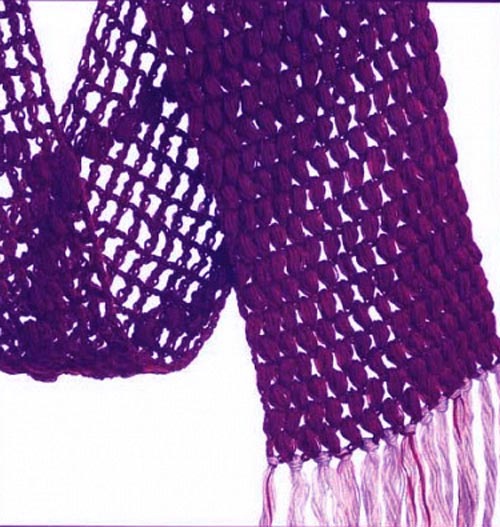 Related articles:
You will need
Instruction
1
The easiest technique of mesh patterns is called "French grid. This painting, which fit a chain of aerial loops and bars. Most often, this mesh light knitted hats, shawls, vests and capes. The figure represents a short chain of air loops, often odd numbers - 3, 5, 7. The arc of the loops are normally attached to the previous row to the column without nakida, but if you want you can restrict and polostevichi without nakida or columns with one or two yo. Further, the rows tally as only the "- fastening" is shifted to one or two elements of rapport. Figure of the French grid is very similar to the transparent fish scales.
2
The following "grid" technique is called the loin knitting. Such patterns formed with columns 1, 2 and 3 yo and air loops between them. The number of loops should be equal increments of the column below the cell was a square. This principle sirloin knitting is used to produce the squares.
3
Thus in filet crochet you can knit not only by patterns. For example, you can take any pattern for embroidery or knitting patterns spokes. For this you need to choose the scale of cells and knitting, for example, thus: empty cell, 1 column with one nakida, 2 air loop, 1 column with one nakida; and filled cells of the knit column 4 with one nakida.
Note
The loin knit mesh is better, of cotton thread, as the yarn is very poorly dissolved in the event of an error.
Is the advice useful?
Подписывайтесь на наш канал